"This album is filled with my ambition to be full bloomed even though flowers fall," HyunA told reporters at a media showcase held at Blue Square iMarket Hall in central Seoul. "It also carries my hope to have a rosy career in the coming future." 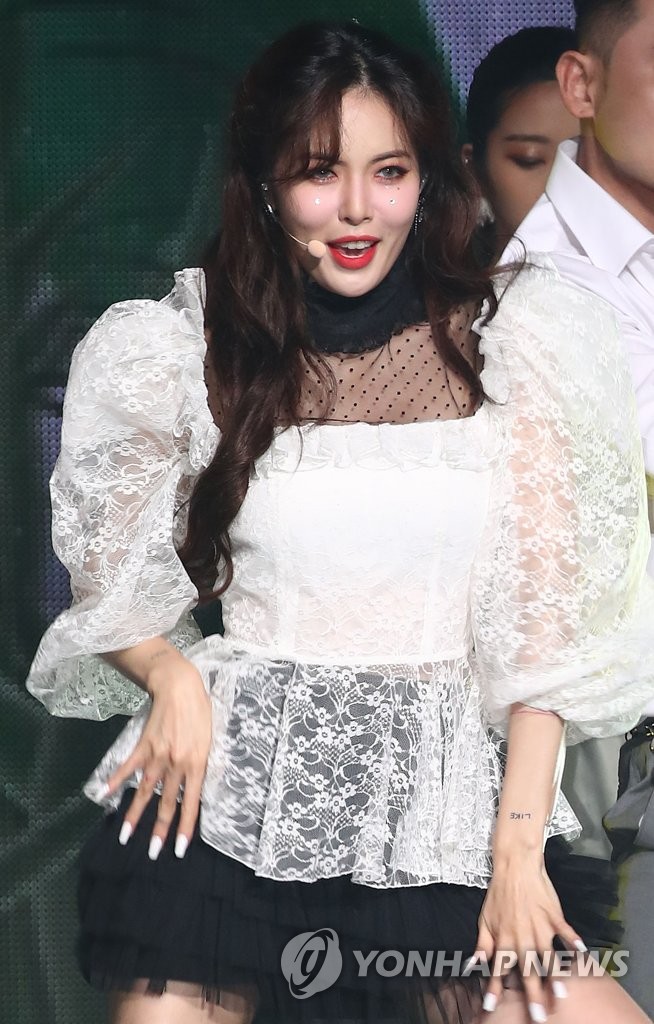 Shortly after debuting via Wonder Girls in 2007, the 27-year old songstress joined the girl group 4Minute under Cube Entertainment. Since the group disbanded in 2016, HyunA has enjoyed a successful solo career, with hits like "Change," "Bubble Pop!" and "Ice Cream" under her belt.

But she had maintained a low profile since leaving Cube Entertainment in 2018 after admitting to the relationship with Dawn, then a member of boy band Pentagon.

The latest single, "Flower Shower," is her first with P-Nation, a new agency founded by Psy last year. Psy wrote both the words and music for the song along with other composers.

She said her new song represents her sexy, lovely and energetic image tinged with Moombahton rhythm and electronic sounds. But the bright sound contrasts with ambiguous lyrics on flowers that blossom and wither as time goes by.

"Flowers are beautiful, but everybody knows they wither later," HyunA said. "And they need enough attention and love, but too much attention may cause their roots to rot. It's like me."

Meanwhile, her boyfriend Dawn, who recently changed his stage name from E'Dawn after joining P-Nation, also released his solo debut single "Money" at the same venue and at the same time.

"It's part of my envisioned album, titled 'Youth,'" the singer said. "The song 'Money' is about our inmost questions on money that we ask while growing to an adult from a child." 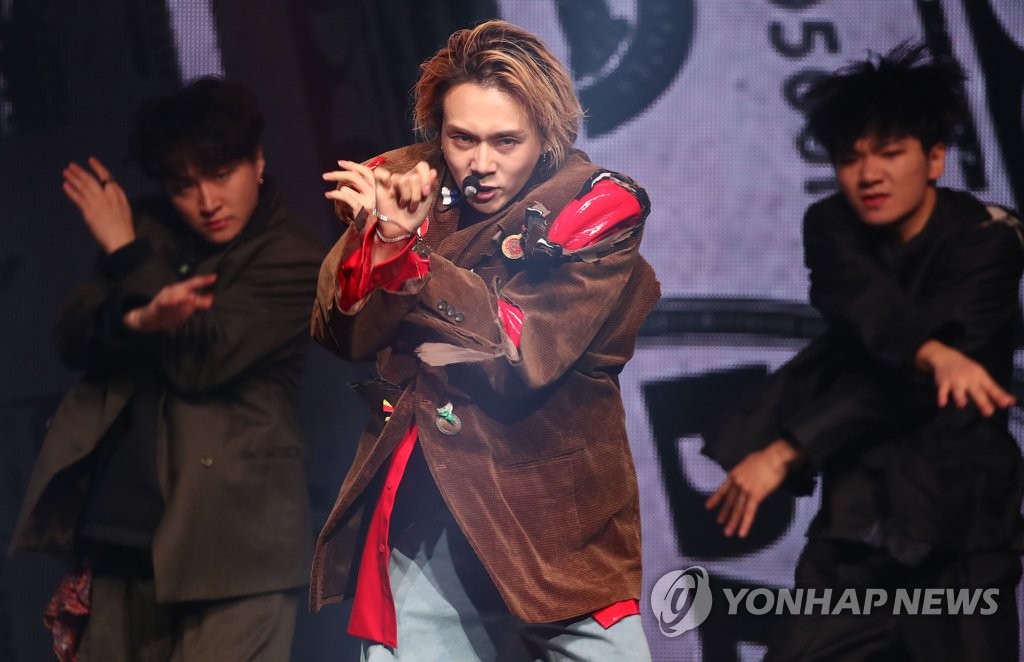 HyunA's "Flower Shower" and Dawn's "Money" will be available for streaming at major online music stores from 6 p.m. on Tuesday.