SEOUL, Nov. 5 (Yonhap) -- Kim Hyun-soo wasn't on the team at the time, but he clearly remembers how South Korea faltered in the group stage of the 2017 World Baseball Classic (WBC) on home soil, unable to get past the opening phase despite playing all three games in Seoul.

More than two years later, South Korea is back at the scene, Gocheok Sky Dome in Seoul, with even more at stake. The dome will host all Group C games for the Premier12, an international tournament doubling as the Olympic qualifying tournament for the Americas and Asia/Oceania region. 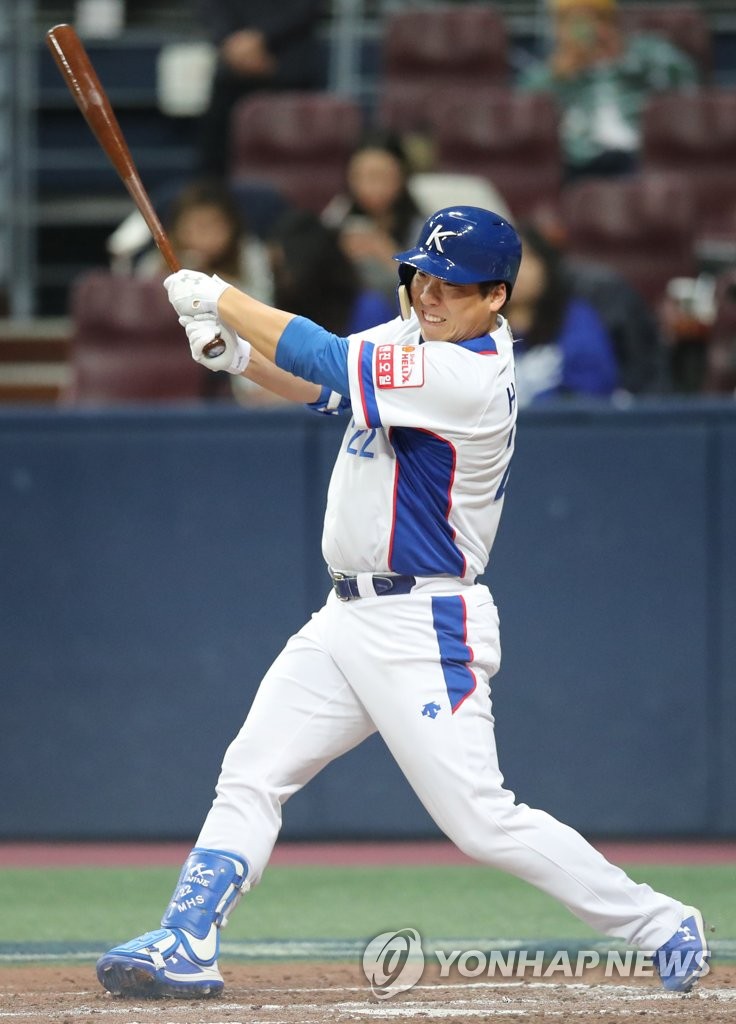 South Korea is the defending Premier12 champion from 2015, but Kim said Tuesday, the eve of South Korea's first game against Australia, the pressure to repeat isn't so big.

"This is the second international tournament we're hosting here, and I think the pressure is on us to do better than the last time (at the WBC)," Kim said during South Korea's practice at the dome. "It's not so much about trying to win the second straight Premier12 title. It's more about making sure we don't repeat the same mistakes."

Kim was still with the Baltimore Orioles when the WBC rolled around in March 2017 and was not available to represent the country. South Korea lost to Israel 2-1 and was shut out by the Netherlands 5-0. Its 11-8 win over Chinese Taipei wasn't enough to send South Korea into the next round.

But Kim has competed at a slew of other international events and has been one of the country's very best.

Kim made his international debut at the 2008 Beijing Olympics, where the then 20-year-old helped South Korea to the gold medal. He has since played at six international tournaments, and has a career batting average of .359 in 44 games in South Korean uniform. In addition to the 2008 Olympic gold, Kim has also won Asian Game gold medals in 2010, 2014 and 2018.

Kim was also on the 2015 Premier12-winning team. He recalled that there was a considerable age gap between the veterans and the juniors on that team, and this year's Premier12 team is a tighter bunch, both in terms of players' ages and camaraderie. 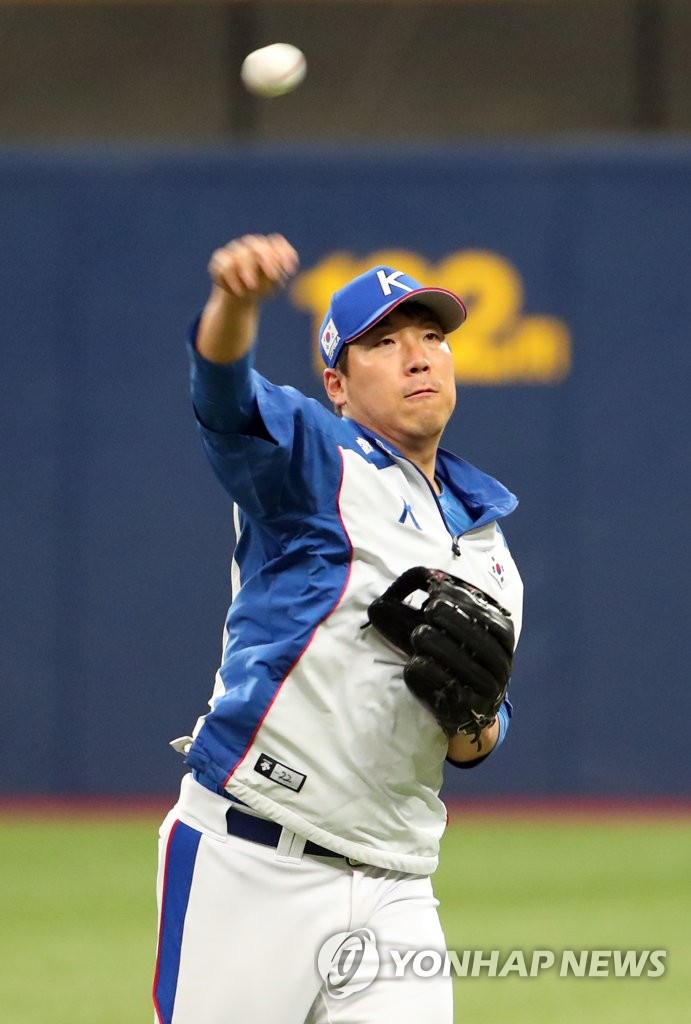 "We've got a great club house," Kim said. "I think we have really strong teamwork as our foundation."

Kim is a career .321 hitter in the Korea Baseball Organization (KBO) and has been one of the league's top contact hitters for more than a decade. But the 31-year-old said he doesn't think his younger teammates, like the past two KBO Rookie of the Year winners in Kang Baek-ho and Lee Jung-hoo, need his advice.

"I knew they were good hitters, but seeing them up close on the national team has given me a new appreciation for them," Kim said. "They're already great players in their own rights."