SEOUL, Nov. 6 (Yonhap) -- Baseball has a way of reuniting old foes in an unexpected setting. As it happens, Tim Leiper, a former Toronto Blue Jays coach on the Canadian staff at the Premier12 tournament in Seoul this week, will once again meet South Korean captain and outfielder Kim Hyun-soo, who once played for the Jays' American League (AL) East rivals, Baltimore Orioles.

When Kim made his jump from the Korea Baseball Organization (KBO) to sign with the Orioles before the 2016 season, Leiper was the first base coach for the Toronto Blue Jays. The clubs' rivalry culminated in the AL Wild Card Game that year, when Kim found himself in the middle of an ugly incident. 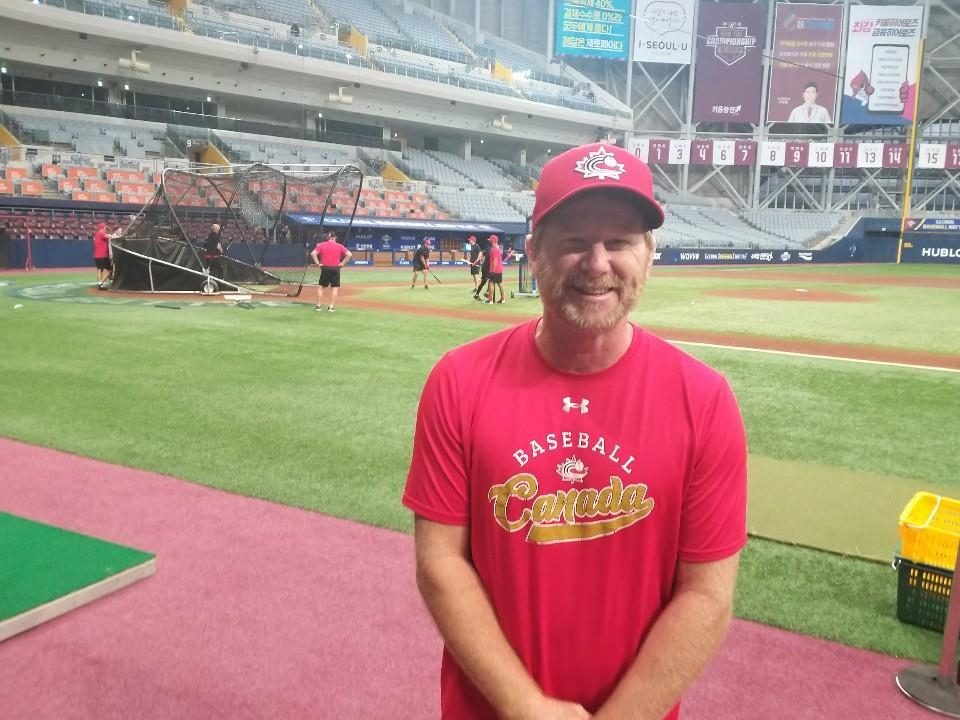 As Kim was catching a fly ball at the warning track in left field, a fan heaved a beer can at the South Korean player. The fan, Ken Pagan, was banned from major league parks for one year.

In an interview with Yonhap News Agency during Canada's practice at Gocheok Sky Dome on Tuesday, Leiper had a vivid recollection of that incident, saying he hated to see it happen and Pagan "got what he deserved."

And the can-throwing aside, Leiper remembered Kim as a "dangerous" player.

"He had a great year (in 2016)," Leiper said. "He was always good and dangerous. I was glad not to see him in Baltimore (in 2017, when Kim was traded to the Philadelphia Phillies)."

Kim has since returned to the KBO, while Leiper was let go by the Blue Jays after the 2018 season.

But Leiper, an American by birth, has maintained a close tie with the Canadian national team. He had coached the country at the 2004 Summer Olympics, and at the World Baseball Classics in 2006, 2009 and 2013. 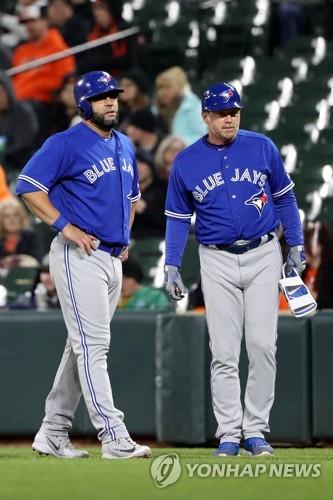 "If you total it up, I've spent about a quarter or a third of my life in Canada," the 53-year-old said with a smile. His children are all Canadian citizens. "Anytime you go and play for your country, and I feel like Canada is my country, it's very, very special."

Canada will take on Cuba later Wednesday to open the Group C play of the tournament and then face South Korea Thursday, followed by Australia on Friday.

Canada defeated Japan in one of two exhibition games last week in Tokyo, and Leiper's team has arrived in Seoul with confidence.