SEOUL, Nov. 6 (Yonhap) -- Ask former Australian pitcher Chris Oxspring how much he'd missed South Korea, where he spent five seasons playing and three seasons coaching, and he barely has to think about the answer.

"A lot," Oxspring said with a laugh during an interview with Yonhap News Agency on Tuesday.

Oxspring is back in South Korea as a coach for Australia at the Premier12, a World Baseball Softball Confederation (WBSC) tournament also serving as an Olympic qualifying tournament for the Americas and Asia/Oceania region. And Australia will take on South Korea later Wednesday at Gocheok Sky Dome in Seoul to open Group C action.

But as much as he loves being back in his old stomping ground, Oxspring now has to help his native country beat South Korea to have a chance to qualify for the 2020 Tokyo Olympics. 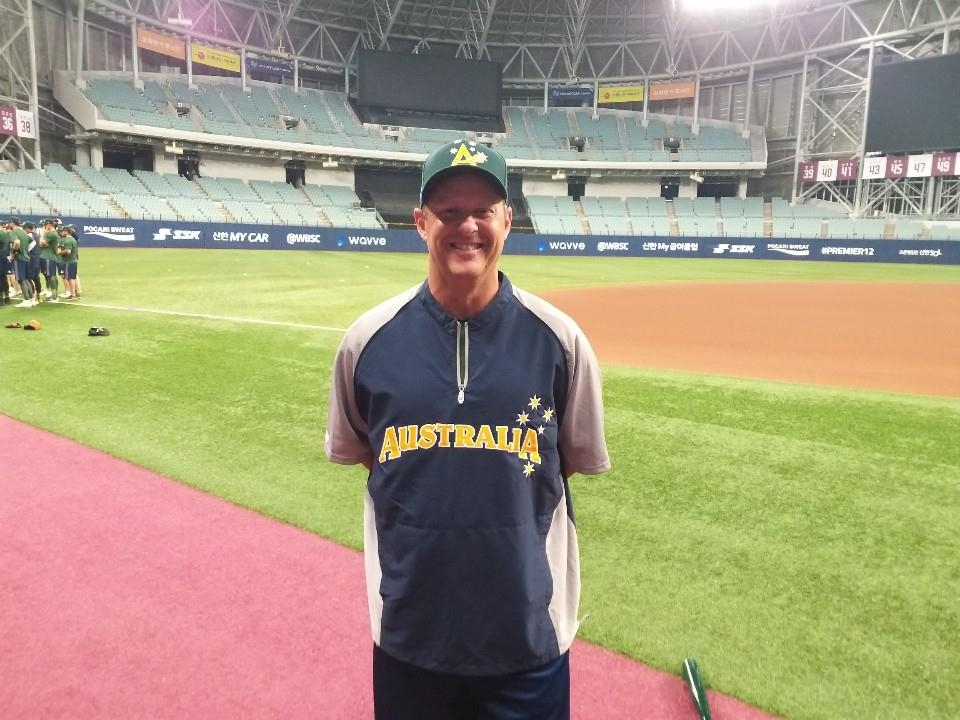 "Mixed emotions, I guess," Oxspring said of his feelings about taking on South Korea. "But it's a job, and you have to do it. And I enjoy coaching."

Oxspring, 42, made his major league debut with the San Diego Padres in 2005 and went on to play in three different countries afterward: Japan, South Korea and Australia, with Triple-A stints sprinkled in between.

The right-hander first arrived in the Korea Baseball Organization (KBO) with the Seoul-based LG Twins in 2007 and pitched for them until 2008. Then after a few years between Australia and the U.S. minor leagues, Oxspring returned to the KBO in 2013 by signing with the Lotte Giants in Busan, 450 kilometers southeast of Seoul, and had his best South Korean season then, with a 13-7 record and a 3.29 ERA.

His final KBO season came in 2015 with the expansion club KT Wiz in Suwon, 45 kilometers south of the capital. He then served as a pitching coach for the Giants from 2016 to 2018.

Though it's been four years since Oxspring last pitched in the KBO, there are still hitters on the South Korean national team that the Australian faced. So if Australian pitchers want to find out more about these hitters, they know where to go. 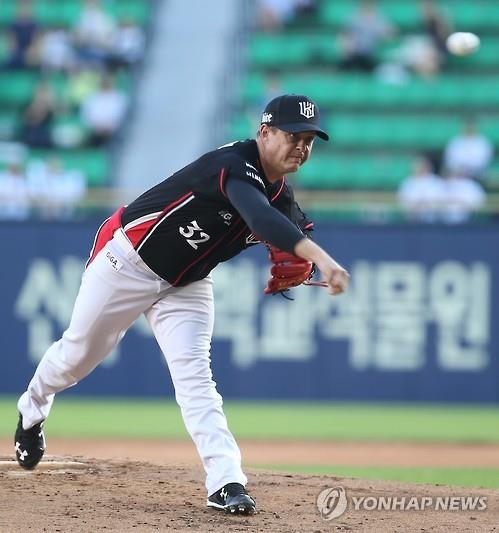 "I tried to make (my pitchers) aware of guys that are dangerous and guys that are fast," Oxspring said. "But once the game starts, you go with what you're comfortable with."

And Oxspring's knowledge of KBO hitters is of particular importance, after two active pitchers with KBO experience dropped out of the Australian team. Left-hander Travis Blackley, who pitched in 2011 in the KBO, was cut last week after sustaining an injury during a tuneup game in Japan last week. Right-hander Warwick Saupold, a staff ace for the Hanwha Eagles in 2019 who has re-signed for another year, pulled himself out of the tournament.

"Obviously, losing those two guys is significant, with their experience of pitching against the Korean team," Oxspring said. "But we had other guys that were ready to come on board. Hopefully, they'll pick up the slack, and it doesn't affect us too badly."

Blackley's unexpected injury even forced Oxspring to make a cameo appearance on the mound, as Australia was playing an industrial league team.

"I had the nervous energy going, and my heart was pumping," Oxspring recalled with a smile. "After one hitter, it was normal and back to the usual things."

Oxspring doesn't plan on taking the mound during the Premier12, and if two key pitchers on his staff deliver the goods, then Oxspring won't have to. 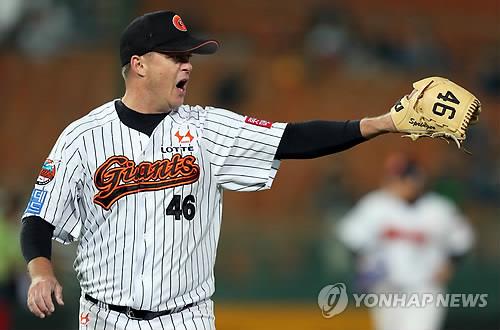 Australia will start right-hander Tim Atherton against South Korea. Atherton, who turns 30 on Thursday, has split his professional career between Australia and the U.S. minor leagues. In his most recent Australian season, Atherton was a perfect 7-0 with a 2.87 ERA in 10 starts. He struck out 67 in 59 2/3 innings.

"He's a competitor. It doesn't matter how he feels on any particular day. He goes out there and competes, and gives you everything he has," Oxspring said of Atherton. "He won't back down. He's really fiery. He'll do a great job for us."

Should Atherton falter, Oxspring can summon former major league reliever Peter Moylan out of the bullpen. The 40-year-old has 499 big league games to his credit, with a 3.10 ERA and a 24-10 record.

"He understands the situation and himself. He'll be confident out there, and he'll enjoy himself out there," Oxspring said of the seasoned veteran with a sidearm delivery. "The situation won't overwhelm him. Being in a big crowd in a big stadium isn't going to be anything new to him."

Australia will need strong pitching and more to survive Group C, which also includes Canada and Cuba. The top two teams from the group will move on to the Super Round, scheduled for next week in Japan.

Oxspring admitted his team will face an uphill batter, but they're not ready to concede anything yet.

"Korea, Canada and Cuba are three big teams that have a lot of stars. It's going to be tough for us," he said. "But we've been preparing to the best of our ability, and we're ready to go."