SEOUL, Nov. 6 (Yonhap) -- The defense ministry is considering making it mandatory for naturalized male citizens to serve in the military, as other South Korean men must do, in an effort to cope with a decrease in the number of draftees amid a shrinking population, a senior government official said Wednesday.

The state-run Korea Institute for Defense Analyses is in the final stage of research on the issue, and based on the results, the ministry could begin procedures to revise the military service act as early as next year, the official said.

Currently, naturalized South Koreans can join the military, if they choose, while all able-bodied South Korean men are required to carry out compulsory military service for about two years in a country that faces North Korea across a heavily fortified border.

"(The revision) is an issue that has been actively raised by the defense ministry to strengthen the sense of duty and responsibility of the naturalized citizens, and consider fairness in military service between the natives and the naturalized," a military manpower administration official said.

About 1,000 people aged 35 or under become naturalized as South Korean citizens every year, and a vast majority of them are known to be ethnic Koreans from China.

A government official said a detailed revision plan will be prepared to make sure that the naturalized citizens subject to draft are suited to join the South Korean military. 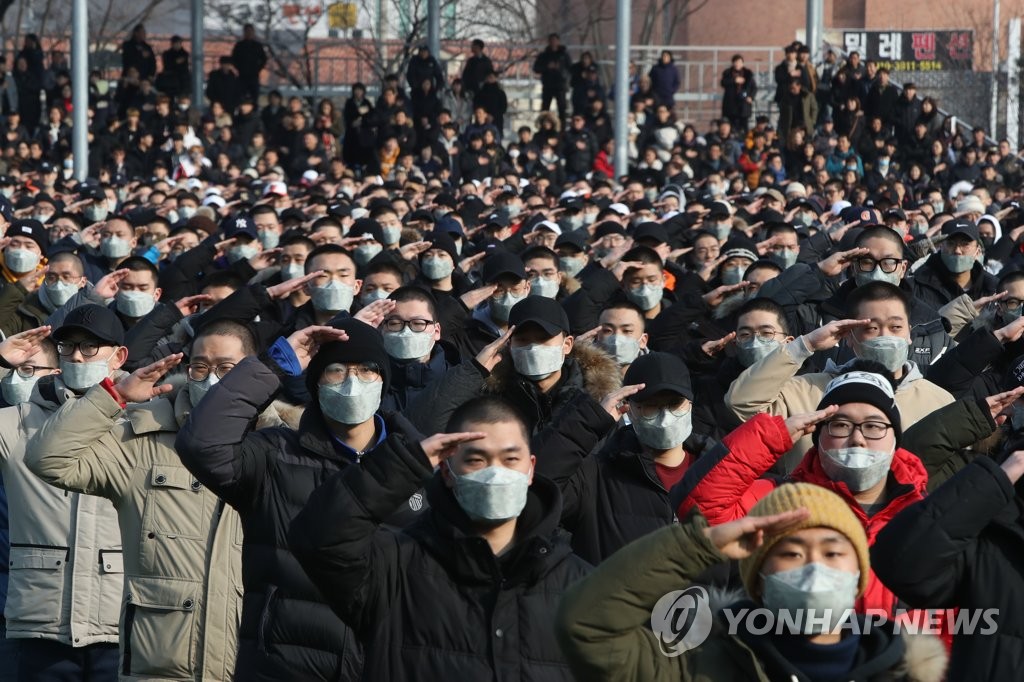