The Senior Economic Dialogue (SED) took place between Second Vice Foreign Minister Lee Tae-ho and Keith Krach, undersecretary for economic growth, energy and the environment at the State Department. It was the fourth session to be held since its 2015 launch.

The talks were expected to center on identifying overlap between Seoul's New Southern Policy and Washington's Indo-Pacific Strategy -- signature regional policy initiatives being pushed by their respect governments -- and coordinating ways to advance the shared goals toward tangible progress.

"The SED has become a core pillar to further strengthen bilateral economic partnership under the robust Korea-US alliance," Lee said ahead of the meeting. "I'm pleased to know that SED has now matured into yielding some concrete projects and results and I think there will be more to come in various areas."

In response, Krach appreciated the allies' shared goals in the regions, noting that strengthening cooperation in those fields is not just about enhancing bilateral ties but reaffirming commitment toward a global issue. 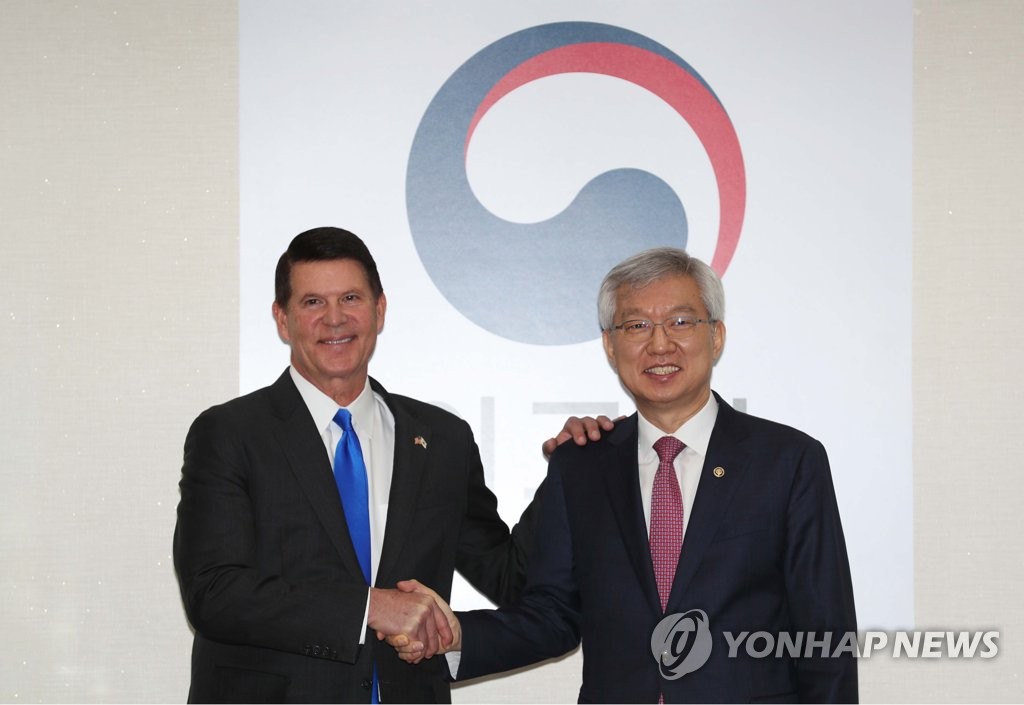 "That economic relationship extends far beyond trade and investment. It really extends to the global economic security area. That is so critical. Especially in times like this, to be able to leverage the power and innovation and resources in the private sector -- I know we're very like-minded on that," he said.

The two sides are expected to issue a joint statement following the meeting.

The New Southern Policy aims to deepen Seoul's economic and diplomatic cooperation with the 10-member Association of Southeast Asian Nations and India. The Indo-Pacific Strategy seeks to keep the region free and open by preventing attempts at blocking the global commons, such as freedom of navigation.

To that end, the allies are expected to discuss ways to make substantive progress in areas including development, infrastructure, digital technology, energy and others.

The two sides will also explore ways to promote economic ties in relation to the environment, health and women's empowerment, the ministry said.