Lee Jae-yong, de facto chairman of the South Korean tech giant, met with Yoshua Bengio, professor of the University of Montreal, and Sebastian Seung, professor at the Princeton Neuroscience Institute and Department of Computer Science, who were in Seoul to attend Samsung's AI forum held early this week.

Bengio is a Canadian computer scientist, most noted for his work on artificial neural networks and deep learning, and has been working on AI algorithms on voice, image recognition and autonomous driving at Samsung's AI lab in Montreal since 2017. 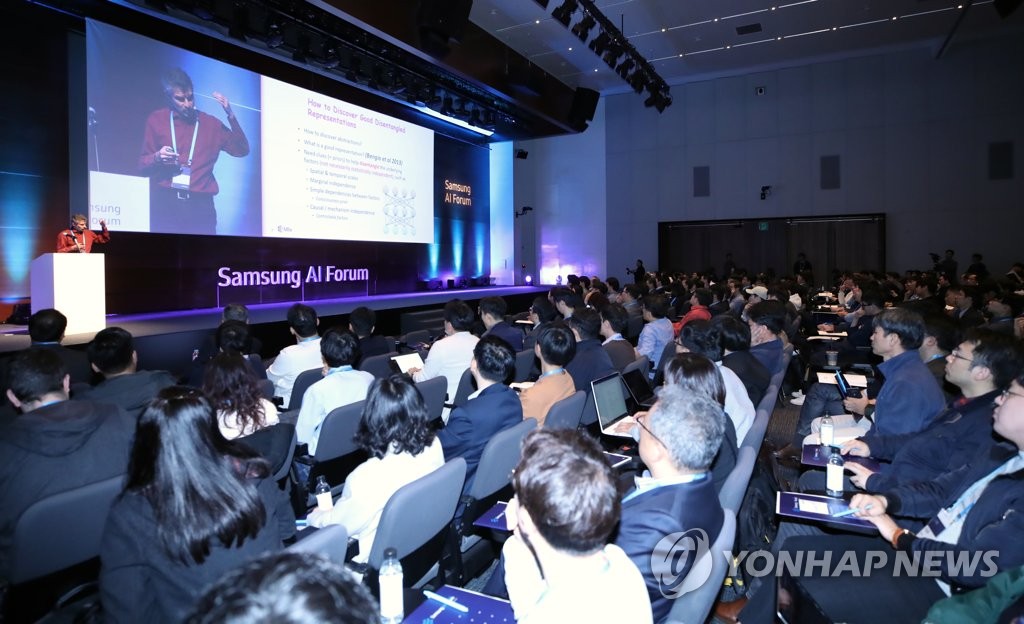 Seung, who is known for his research work on new computational technologies for mapping the connections between neurons, has served as chief research scientist at Samsung since 2018.

"Let's break the limit in thinking to take the lead in the future," Lee was quoted as saying in his meeting with the two scholars.

Their meeting comes as the world's largest memory chip and smartphone maker has expanded investment in 5G mobile networks and AI to enhance competitiveness of its core businesses and find new growth drivers in the fast-changing tech industry.