Medical expenses for people aged 65 and older came to an all-time high of 31.8 trillion won last year, according to the data by the National Health Insurance Service (NHIS). 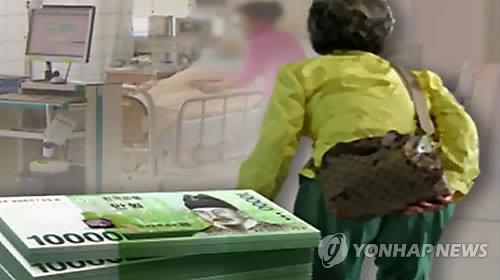 Last year's increase was attributed mainly to the government's policy to provide greater coverage for low-income people and to cover more illnesses. The country's rapid population aging was also a factor.

According to the data, the number of seniors covered by the insurance scheme stood at 7.09 million, accounting for 13.9 percent of all covered people.

Medical spending for elderly people covered by the NHIS has been on a rapid rise in tandem with South Korea's fast population aging.

South Korea became an aged society in 2017, with the ratio of people aged 65 or older hitting 14 percent of its population of 50 million. The portion is predicted to hit 20 percent in 2026.
(END)