SEOUL, Nov. 6 (Yonhap) -- South Korea's state prosecution on Wednesday announced plans to establish a special unit to investigate the 2014 Sewol ferry sinking, one of the country's worst maritime disasters that killed more than 300.

Eight or nine prosecutors are expected to join the task force to investigate the exact cause and any mishandling of the government's rescue operations, according to the Supreme Prosecutors' Office (SPO). The move came at the instruction of Prosecutor General Yoon Seok-youl.

Yoon is "determined to probe what happened on the day, which measures were taken (by the authorities) and (other) details of related situations until no further clarification is needed," a SPO official said.

The 6,800-ton ferry sank in waters off the country's southwestern coast on April 16, killing 304 of 476 passengers. Most of the victims were high school students on a school trip to the southern resort island of Jeju.

More than five years have passed since the tragedy, but many people still believe the truth behind it and the government's search-and-rescue operations and other responses at that time has yet to be found.

The special investigative team is expected to look into suspicions raised by families of the victims and an independent inquiry panel.

The panel told a press conference it has obtained evidence showing a belated mobilization of helicopters, accusing the Coast Guard of failing to save a teenaged victim, who could have survived if he had been immediately transported to a hospital. 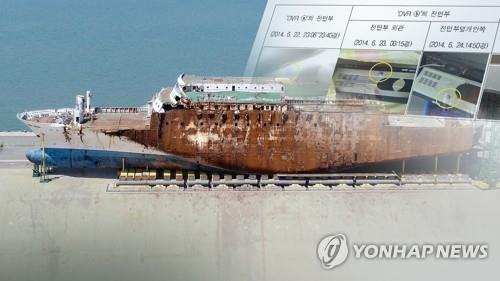