The manufacturing domestic supply index -- which measures both goods produced locally and brought into South Korea -- stood at 102.8 during the July-September period, according to the data compiled by Statistics Korea.

Kim Bo-kyoung, director of Statistics Korea's industry statistics division, attributed the upturn to a hike in the supply of capital goods.

The index of capital goods -- which refers to machinery used in industrial sectors -- rose 1.8 percent in the third quarter from a year earlier, ending six consecutive quarters of decline.

The index for consumer goods rose 2.9 percent in the third quarter from a year earlier, and the figure for intermediate goods edged up 0.6 percent.

The supply of South Korean-made goods fell 0.1 percent in the third quarter from a year earlier, while that for imported products increased 5.5 percent on-year.

In 2016, the statistical office came up with the index to measure the total domestic supply of locally produced goods and imported products, with the base number for 2015 set at 100. 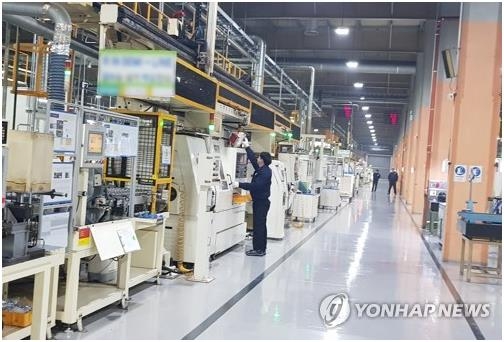 S. Korea's domestic supply in manufacturing up 1.4 pct in Q3

S. Korea's domestic supply in manufacturing up 1.4 pct in Q3