SEOUL, Nov. 6 (Yonhap) -- As police have been speeding up a probe into snowballing allegations of vote rigging at a popular K-pop TV series of "Produce 101," South Korean cable channel Mnet is seeing its sensational competition show lineup lose its decadelong reputation on the entertainment scene both at home and abroad.

Launched in 2016, "Produce 101" is the most successful among Mnet's K-pop idol competitions over the past 10 years based on a fan-voting system.

Through its four seasons, the annual Mnet competition show has created four popular K-pop idol bands, including Wanna One and IZ*ONE, and become a promising channel for the debut of aspiring K-pop stars. 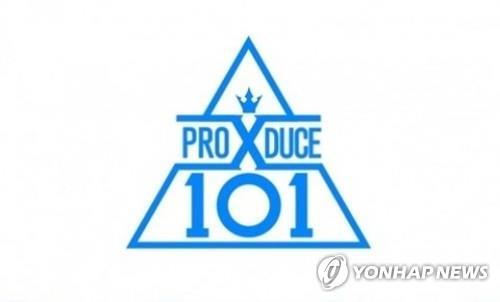 Its concept and system that allows fans to discover a diamond in the rough and determine who becomes the superstar stage by stage, have gained feverish popularity since "Superstar K" series, Mnet's former flagship audition show that first aired in 2009.

"Superstar K" produced a number of famed singers over its eight seasons, including Seo In-guk, Huh Gak, John Park and Roy Kim, who are still active in the local entertainment industry.

The mobile text voting and fan election system have wielded a strong influence on subsequent K-pop idol shows, like "Produce 101," and helped the winning bands enjoy a firm fan base from the outset of their careers.

In particular, the second season's 11-member Wanna One emerged as one of the most loved K-pop boy bands at home and abroad.

But allegations that Mnet tampered with the total votes has been the talk of the town throughout the season. Many have pointed out that the winners seemed predetermined, even before the competition started, and the tallies of realtime fan voting were untrustworthy.

The TV station had remained mostly silent on the issues and basked in the popularity of the bankable show until police found out allegations that talent agencies and the show's producers were mired in shady collusion to carry out the electoral fraud.

On Tuesday, the main producer of "Produce X 101," the fourth season of the audition series, was arrested on charges of vote rigging and receiving kickbacks in exchange for the manipulation.

Moreover, police have been widening the scope of its investigation to the show's previous three seasons, as well as another Mnet audition show, "Idol School."

Experts said Mnet's reckless management of the voting system has undermined the credibility of the competition on the local music scene.

"Organizers have to build a reliable and trustworthy voting system from the outset. Otherwise, voting can't be transparent and dependable," culture critic Ha Jae-keun said. "All audition shows run by Mnet have been under suspicion and the station lost its reputation."

Moreover, the scandal dealt a blow to K-pop stars who debuted through Mnet's competition shows.

X1, formed after the fourth season of "Produce 101" series, has kept a low profile as the scandal first surfaced right after the final episode.

Some fans blame the members for winning the competition through the unfair election, while several prominent candidates were eliminated from the final lineup.

"Singers are innocent, if they are not involved in the manipulation. They just did their best," Ha said. "The TV station and agencies are to be blamed, not the singers."