SEOUL, Nov. 6 (Yonhap) -- Canadian right-hander Phillippe Aumont opened his team's Premier12 campaign with a bang on Wednesday, as he twirled eight shutout innings to help Canada to a 3-0 win over Cuba in their first Group C match in Seoul.

The former Philadelphia Phillies pitcher gave up just two singles while striking out nine in a dominant performance at Gocheok Sky Dome in Seoul. 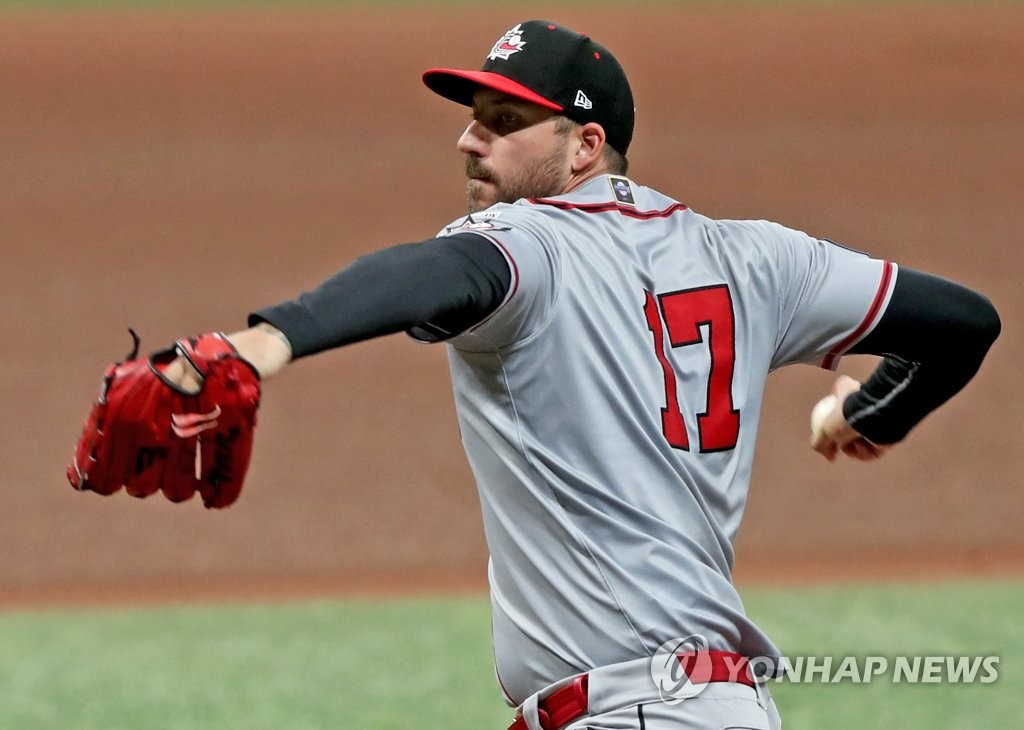 "I just tried to focus on the task I had to accomplish and I stuck to my game plan," he said. "I attacked the hitters until the manager said I was done."

Aumont pitched with scouts from Korea Baseball Organization (KBO) clubs on hand. The 30-year-old admitted that, in addition to trying to help his team win, he wanted to "put on a good showcase for myself for the scouts."

"I hope I'll get an opportunity (to pitch in the KBO)," said Aumont, who pitched independent ball this year. "That's one thing that I had in mind before coming here."

Aumont induced plenty of soft contact, with only three batted balls leaving the infield. Though pitching in a new stadium for the first time came with its challenges, Aumont said he wasn't worried about "things outside of my control."

"I don't let things like that affect me," he said. "Hopefully, I can bring that energy to the rest of my team."

"He's gone from being a thrower to a pitcher," Whitt said. "Any scout in the stands today, if they didn't like what they saw, they'd better switch jobs."

Whitt's counterpart, Cuban manager Miguel Borroto, was blunt in his post-game assessment of his team's performance.

"No one on our team played well today," Borroto said. "Our pitchers issued 11 walks and hit-by-pitches combined. It's hard to win games like that."

"He kept his pitches low in the zone and our hitters kept swinging at them," Borroto said. "Some of our hitters swung aggressively and it only played into Canada's hands." 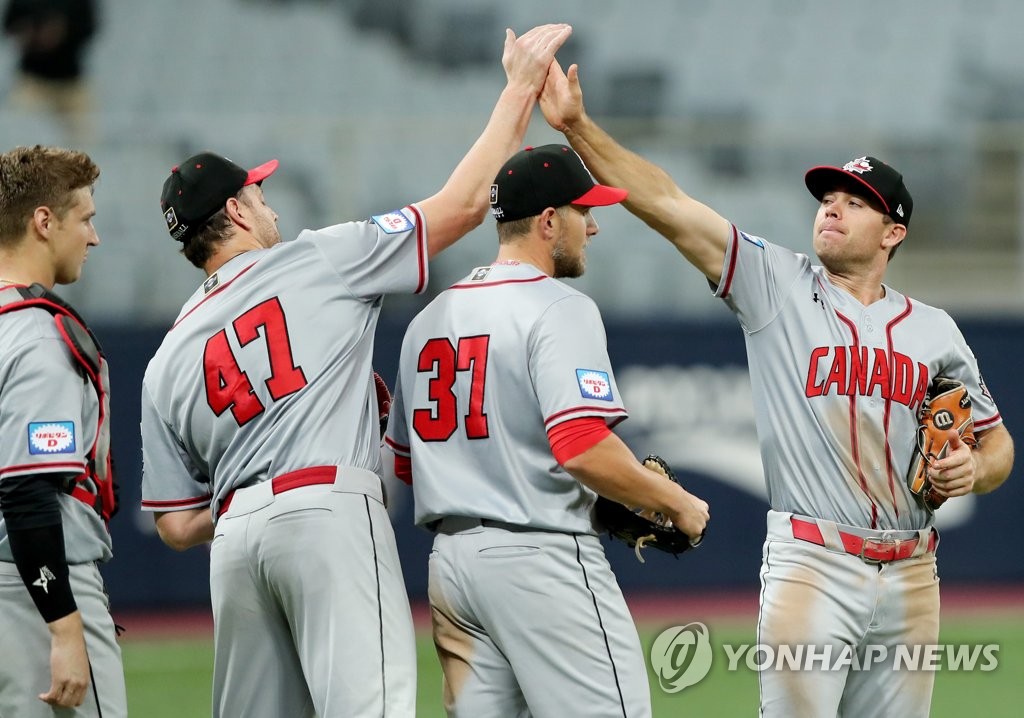