Joel Wit, a senior fellow at Washington-based think tank Stimson Center, made the case during a conference in Seoul, saying that the latest working-level talks between the two countries in Stockholm showed that a debate over whether to denuclearize might have intensified within North Korea.

The U.S. and North Korea held a working-level meeting in the Swedish capital in early October after months of a stalemate, but the talks broke down again, with Pyongyang accusing Washington of failing to come up with a new proposal.

"The U.S. delegation came prepared for detailed talks. The North Koreans didn't. They were in listening mode almost the whole time," Wit said according to a script for the forum.

"I think the odds are we are approaching a breakdown in the diplomatic process that has been in place over since 2018 and a return, at best, to a standoff with North Korea."

The founder of 38 North, a U.S. website specializing in North Korea analysis, Wit was involved in nuclear negotiations with the North in the 1990s as a then-State Department official.

Stressing the need to take drastic steps to bolster the diplomatic process, Wit said U.S. President Donald Trump should agree to visit Pyongyang for a summit with North Korean leader Kim Jong-un once they reach a deal by their negotiators beforehand.

Such a visit would be "politically and symbolically attractive enough" for the North to move the denuclearization process forward, he said.

"The Kim-Trump relationship based on their face-to-face meetings, letters and other contacts may actually count for something," the expert said.

Yet he said preparations are necessary for the North's possible resumption of long-range missile tests that can reach the U.S.

"It might even resume nuclear tests although that would be risky since it might drive the Chinese away," he said. 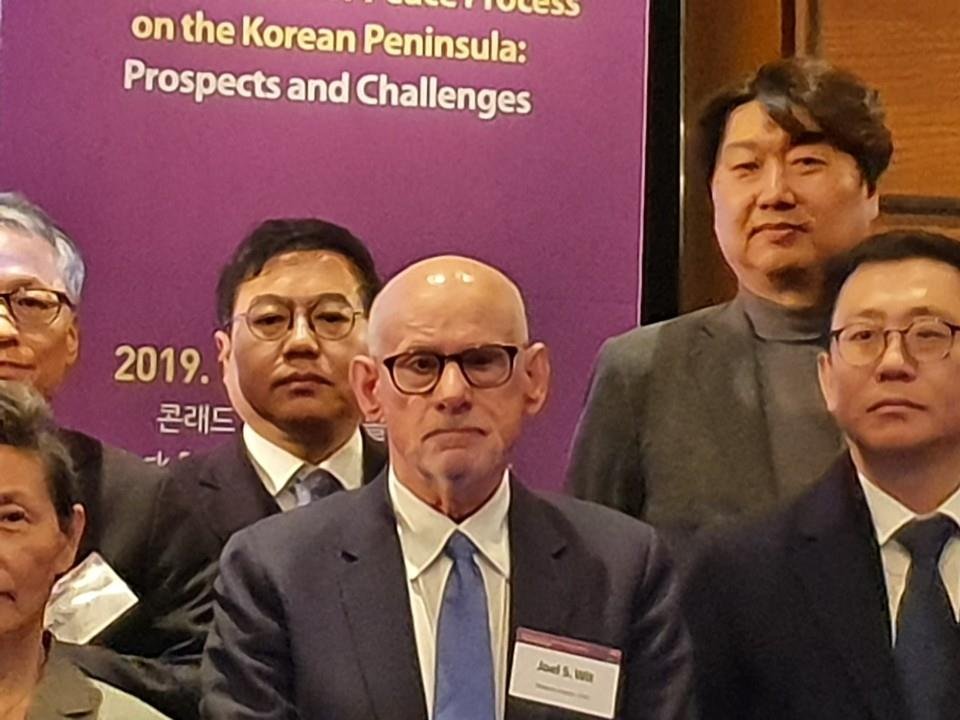