The party's leader, Hwang Kyo-ahn, formally proposed the creation of a consultative body to discuss details of a so-called grand conservative integration to challenge the liberal Moon Jae-in government and the ruling Democratic Party.

The LKP's pursuit was widely expected but the timing of its announcement came at a sensitive time for Hwang's leadership. He has faced growing internal criticism, especially over his recent attempt to recruit a former four-star Army general, Park Chan-ju, as a potential candidate for the April 15 general elections. A few years earlier, Park and his wife made headlines for allegedly treating soldiers serving at his official residence like "slaves." Hwang eventually dropped the recruitment plan.

"I am announcing a plan to push for a political integration in earnest with anyone who upholds the constitutional value of free democracy and the market economy," Hwang told a press conference.

He said relevant details, including a timetable and methods, will be discussed at the envisioned body.

"We need to create a strong political force that can win a clear victory in next year's elections," Hwang said.

The LKP is trying to consolidate support from conservative voters.

Hwang said he has contacted Rep. Yoo Seong-min, ex-chief of the minor Bareunmirae Party who leads a fringe group seeking defection for a new party.

The LKP has reached out to the far-right Our Republican Party, which supports former scandal-hit conservative President Park Geun-hye. 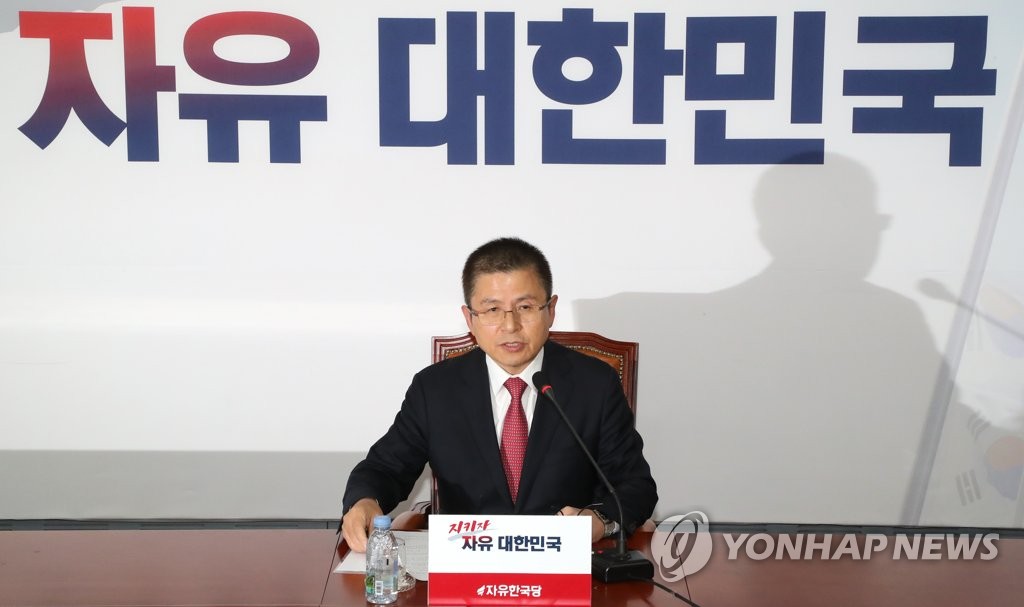