"The stable outlook reflects our expectation that geopolitical risks in the Korean Peninsula will not escalate to the point of hurting Korea's economic fundamentals over the next two years," the global rating agency said in a press release. 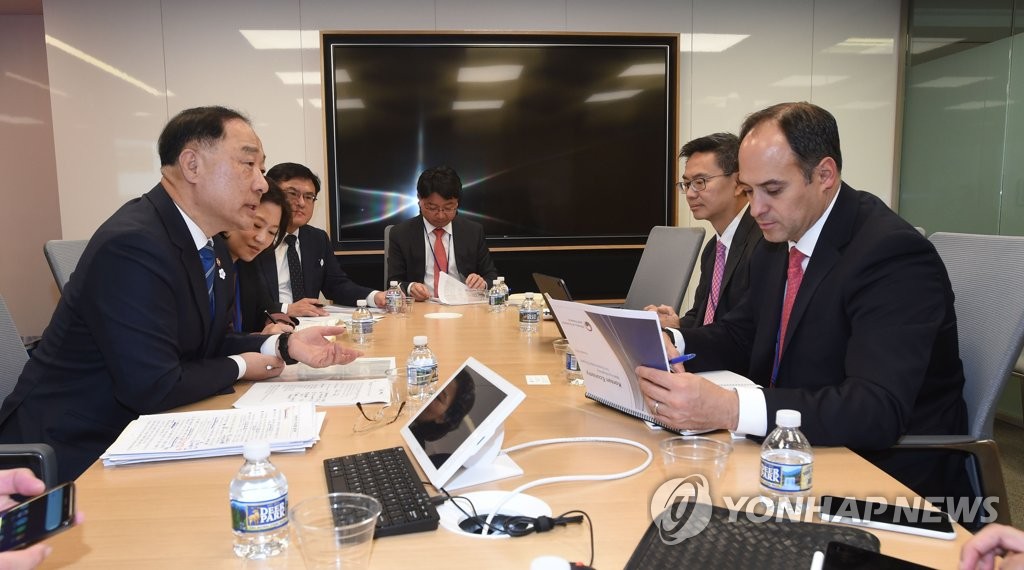 "Beyond the outlook horizon, Korea's economic growth rate could decline toward the average level among its rating peers, as the country becomes wealthier and its labor force ages," the credit appraiser said.

Sluggish demands at home and abroad have largely been blamed for the apparently slowing growth of the South Korean economy.

The country's exports have dipped for 11 consecutive months since December while its consumer price increases have remained well below the long-term target of 2 percent for years.

The country also posted its first-ever negative inflation in September.

"We may raise the sovereign ratings if the security risks and contingent liability risks posed by North Korea recede. We would lower the ratings if geopolitical tensions related to North Korea intensify to a point that they negatively affect Korea's economic, fiscal or external performance," it said.

S&P has kept its rating on South Korea at AA since August 2016, when it upgraded it from AA-.