Lambert will visit the Russian capital from Wednesday through Saturday and also attend the Moscow Nonproliferation Conference during his stay, according to a department spokesperson.

Lambert's attendance was previously reported, prompting speculation of a possible meeting between the U.S. official and a North Korean diplomat also participating in the event. 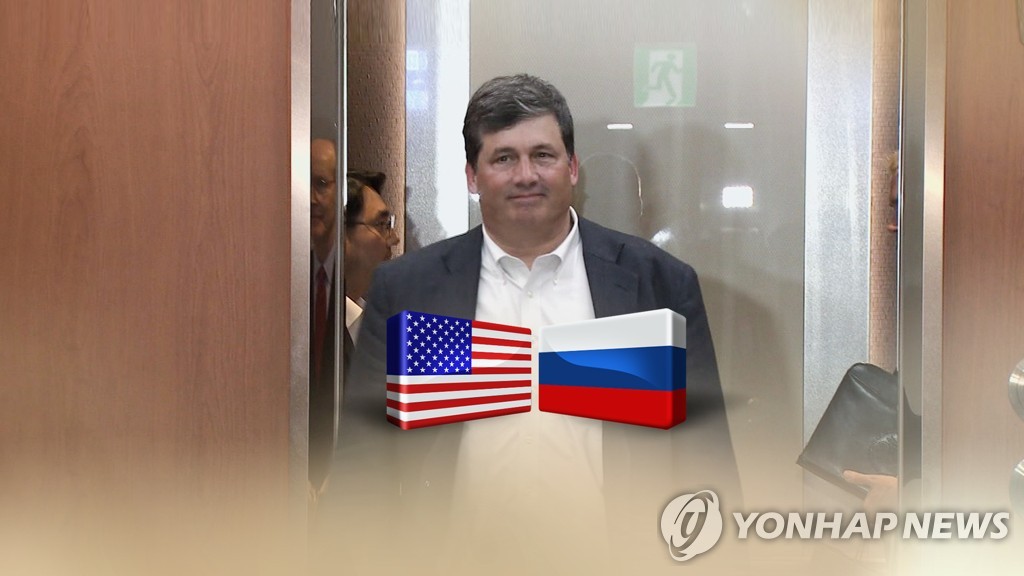 Jo Chol-su, director-general of the North American affairs bureau at North Korea's foreign ministry, arrived in Moscow Tuesday ahead of the conference's opening slated for Thursday.

Lambert will "meet with Russian officials to discuss efforts to achieve the final, fully verified denuclearization of North Korea," the State Department spokesperson told Yonhap News Agency. "He will also meet with subject-matter experts and attend the Moscow Nonproliferation Conference."

A meeting between Lambert and Jo would come as the two sides have made little progress in their bilateral negotiations on dismantling the North's nuclear program in exchange for U.S. sanctions relief and security guarantees.

The last round of working-level negotiations in Sweden in early October ended without any agreement, and the North has ramped up pressure on the U.S. to come up with an acceptable proposal before the year's end.

In 2017, Choe Son-hui, then director-general for North American affairs and currently the North's first vice foreign minister, attended the conference.