"Peace on the Korean Peninsula is a starting point for achieving a peace community of co-prosperity," Moon said in a meeting with the heads of 32 news agencies from 28 countries. 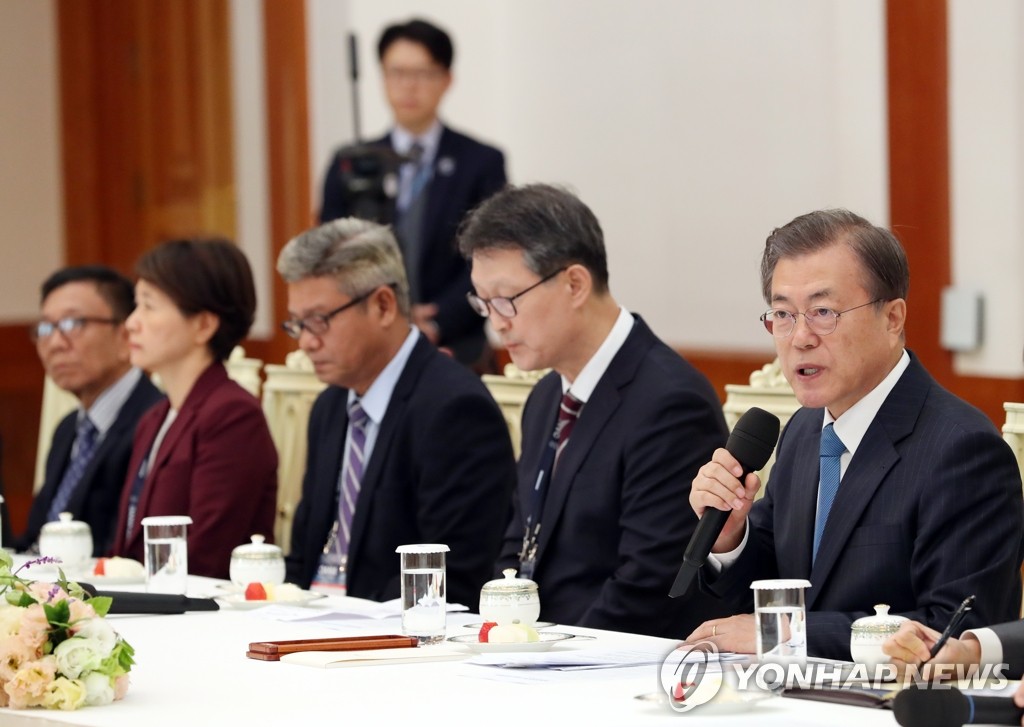 They gathered in Seoul for a regular general assembly of the Organization of Asia-Pacific News Agencies (OANA).

Moon noted that the wire services have dispatched news on the peace drive, which began with the 2018 PyeongChang Winter Olympics in earnest, to the entire world.

"There are still many hurdles to overcome, but (peace) is the way (we) must go" not just for Korea and East Asia but also for the entire world, he said. "I believe your attention and support will be of big help in making a new history for peace."

Moon said a deal on the Regional Comprehensive Economic Partnership (RCEP), reached in Bangkok earlier this week during his trip there, represents a "very important opportunity" for the expansion of free trade in the region and co-prosperity.

"It is also a great achievement in that it will serve as a very important stepping stone for moving toward a reciprocal and open trade system, economic development without gaps and an economic community," Moon said.

It also conforms with the spirit of people-centered prosperity which the South Korean government is pursuing under the New Southern Policy and the New Northern Policy, he added. Moon made a three-day visit to the Thai capital for an annual ASEAN Plus Three summit, and an East Asia Summit session and an RCEP summit.

He reminded the participants of South Korea's plan to host a special commemorative summit with ASEAN and a separate summit with Mekong nations in Busan late this month.

"It will be a meaningful event" to discuss ways for the drastic development of relations between South Korea and its future partners for win-win growth, he added. 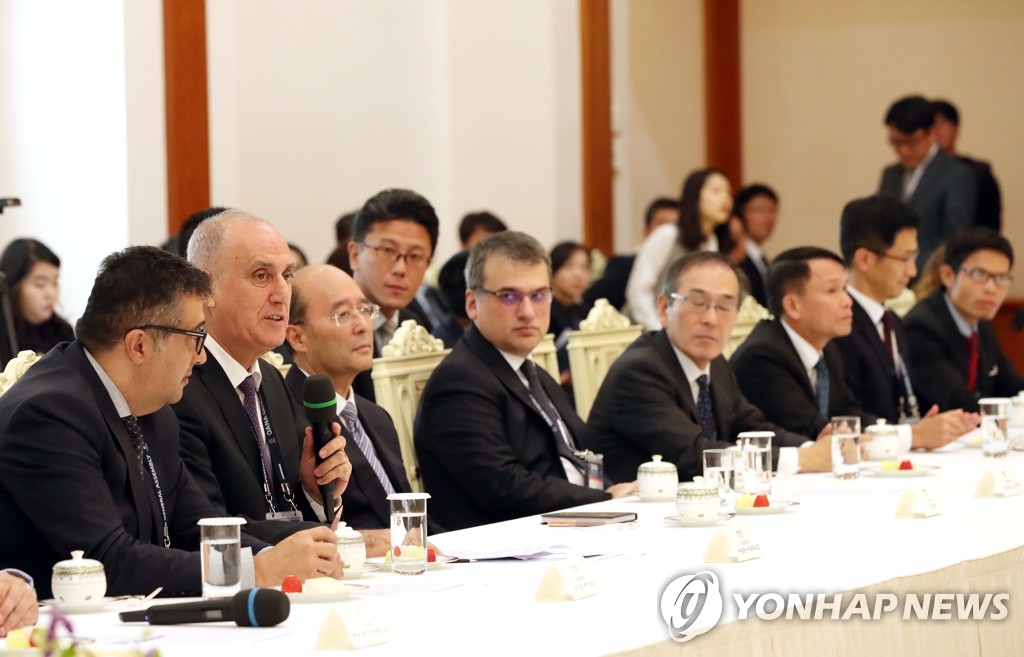 In response, OANA President Aslan Aslanov said this week's session is under way with the theme of "New Challenges for Journalism: Technological Innovations and Issues of Trust."

He said it's appropriate to discuss the issue in South Korea, which is an IT power.

Aslanov, who doubles as Chairman of the Board at AZERTAC, Azerbaijan's state news agency, stressed the negative impact of fake news and misinformation on the core value of journalism.

He wished for success in Moon's peace initiative, saying international peace is one of OANA's founding purposes. 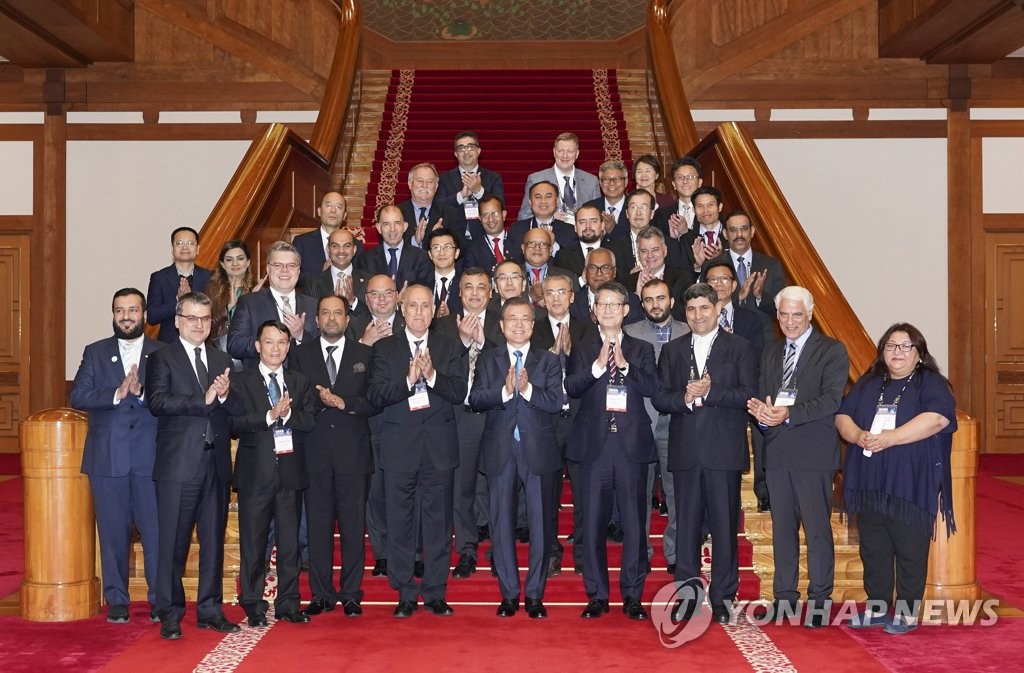 Yonhap is scheduled to chair OANA for the next three years. It will be formally elected as new chair on Friday.

As a leading news agency in South Korea, Cho said, Yonhap will do its best to publicize the government's efforts for peace and harmony in the region via its partnering news agencies.

He said Yonhap will also focus on "media diplomacy" as the OANA chair through the exchange of news with its Asia-Pacific counterparts.

The OANA members are pushing to adopt the "2019 Seoul Declaration" at the end of the conference on Friday, which is about their commitment to "active support" for denuclearization and permanent peace on the peninsula, Cho added.