SEOUL, Nov. 7 (Yonhap) -- Seoul stocks ended higher Thursday, extending their gains to a sixth straight session, as investors remain hopeful about a partial U.S.-China trade deal despite the latest news about a possible delay of its signing. The Korean won fell against the U.S. dollar.

The KOSPI index opened lower but soon erased earlier losses to end in positive territory as investors were not swayed by reports that the signing of a partial trade deal between the world's two biggest economies may be delayed until next month.

Media report have said that China's latest push for more tariff rollbacks may not allow the two sides to sign the deal this month as planned initially, denting investor optimism.

But the sentiment revived as analysts expected the push won't likely derail progress toward the "phase one" agreement.

Bond prices, which move inversely to yields, closed down. The yield on three-year Treasurys rose 1.1 basis points to 1.541 percent, and the return on the benchmark five-year government bond climbed 0.3 basis point to 1.668 percent. 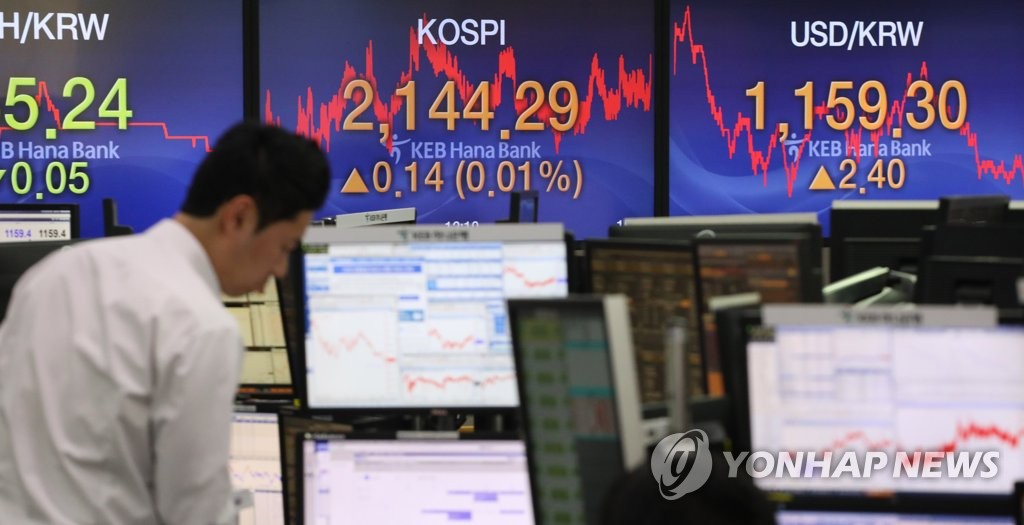