The education ministry said autonomous private, foreign language and international high schools will be deprived of their status of greater autonomy in admission, financing and curriculum.

Schools for gifted students and other special-purpose schools in science, arts and physical education will retain their status.

"The stratified school system has not only caused unfairness in overall high school education but also is not a form that fits the future of education. So, we have decided to drastically improve it," Education Minister Yoo Eun-hae told reporters.

She dismissed concerns that the change will lead to deterioration of education quality and students' choice.

The minister promised the government will inject 2.2 trillion won (US$1.99 billion) in enhancing education in general high schools over the next five years.

By 2025, a full-fledged credit system will be introduced to high schools, giving students greater autonomy to choose classes, the ministry said. 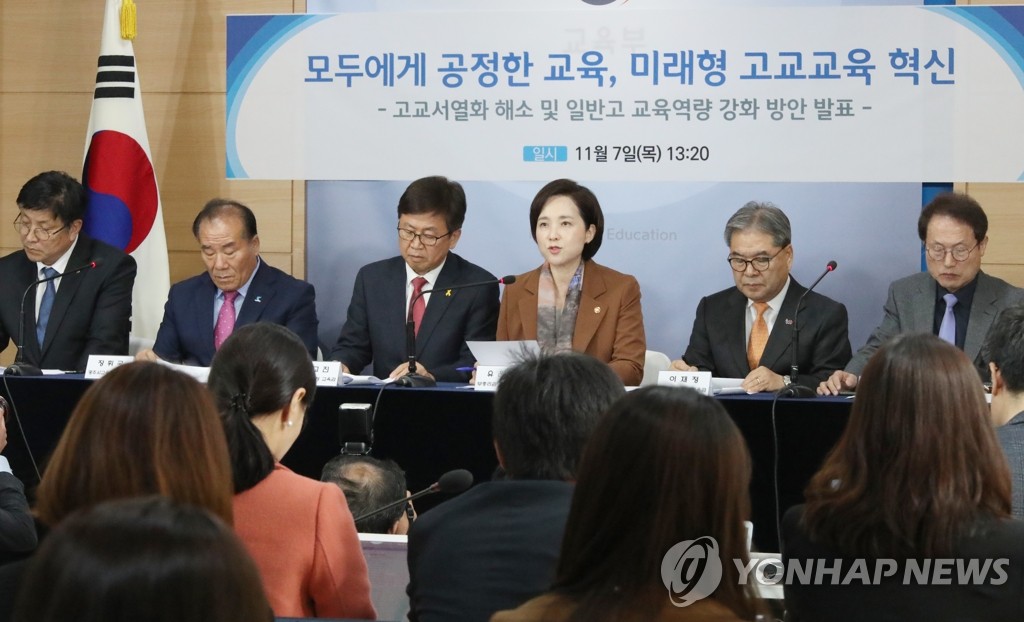 During his election campaign in 2017, President Moon Jae-in promised to overhaul the privileged school system, which he called a key culprit of deepened educational inequality, excessive academic competition and high private education costs.

The plan recently gained momentum amid a scandal surrounding former Justice Minister Cho Kuk, whose daughter is alleged to have received educational favors and privileges stemming from her family background.

There are 42 autonomous private high schools, 30 foreign language and seven international high schools in operation across the country.
(END)

S. Korea to turn key elite schools into general ones by 2025

S. Korea to turn key elite schools into general ones by 2025