Celltrion Healthcare Co. and Teva Pharmaceuticals Pharmaceutical Industries Ltd. said Thursday that Truxima will be available in the United States from Monday.

It will be the first FDA-approved rituximab biosimilar sold in the U.S., according to the companies.

Truxima was also the first biosimilar cancer drug to hit the European market in 2017. The drug is sold in 28 European Union countries and set to reach the Middle East market. 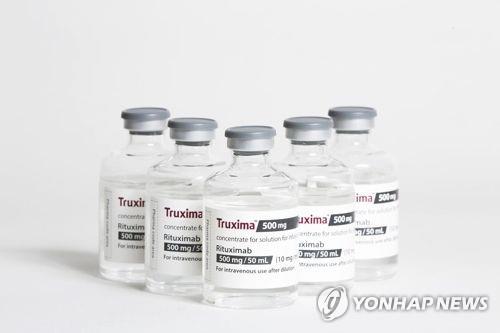 Celltrion's Truxima to go on sale in U.S. next week

Celltrion's Truxima to go on sale in U.S. next week