WASHINGTON, Nov. 7 (Yonhap) -- U.S. Defense Secretary Mark Esper will travel to South Korea during a trip to the Indo-Pacific region next week, the Pentagon said Thursday.

Esper will depart Nov. 13 to travel to Seoul, Bangkok, Manila and Hanoi, Pentagon spokesman Jonathan Hoffman said during a press briefing. He did not provide the exact dates.

Esper's trip to Seoul comes ahead of the Nov. 23 expiration of a military intelligence-sharing pact between South Korea and Japan.

Washington has urged Seoul to reconsider its decision to end the pact, known as the General Security of Military Information Agreement, in consideration of the three countries' mutual security interests.

Hoffman said he can "practically guarantee" the topic will be part of Esper's conversations in Seoul next week.

In a press release, the Pentagon added that the defense secretary will attend the 51st U.S.-Republic of Korea Security Consultative Meeting, where he will meet with South Korean Defense Minister Jeong Kyeong-doo and other senior South Korean officials.

The two sides will "discuss the Alliance and reaffirm our commitment to enhancing our bilateral defense cooperation to address issues of mutual importance to the security and stability of the Korean Peninsula and the Indo-Pacific region," the release said. 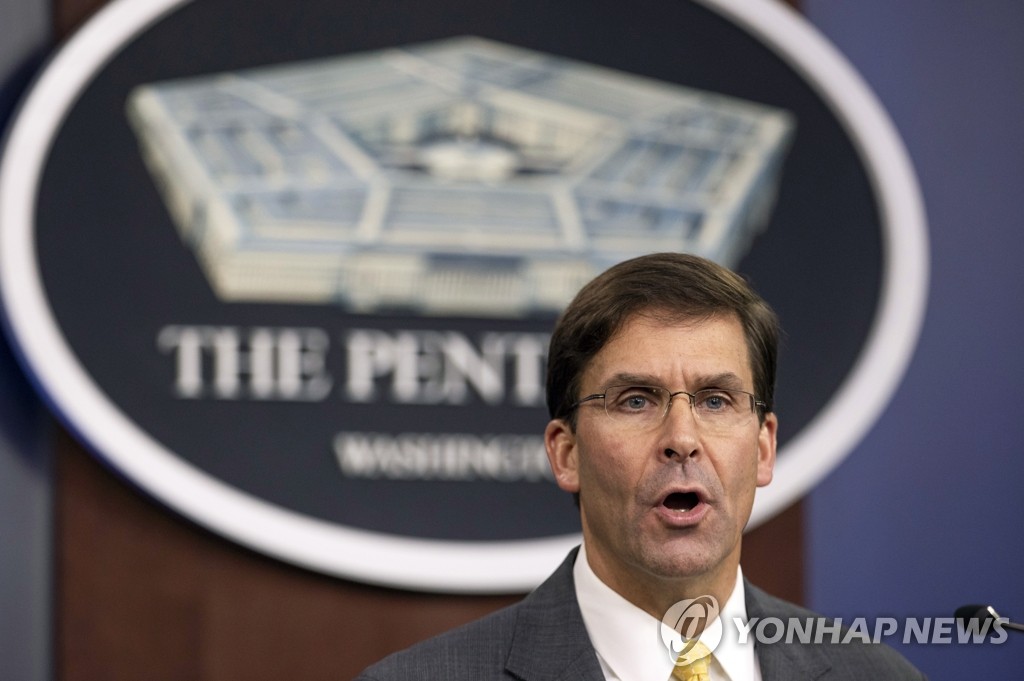