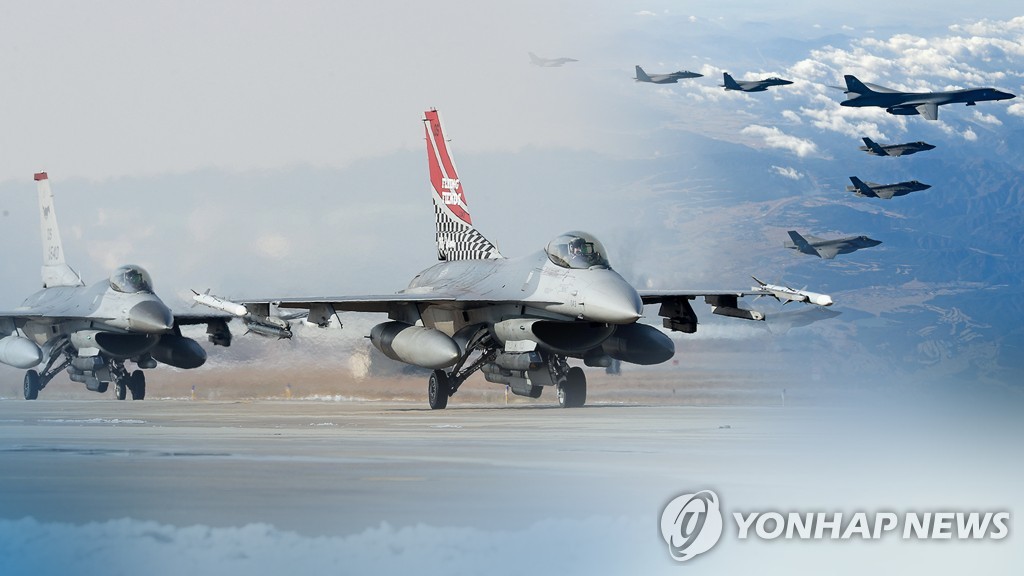 A South Korean government source revealed the plan earlier, prompting an angry response from the North, which views all allied exercises as an invasion rehearsal regardless of their scope.

"The most important thing to us in the Korean theater is maintaining readiness, being ready to 'fight tonight,'" Byrne said, referring to the allies' slogan. "A year ago, we canceled the exercise Vigilant Ace, and that was based on the environment on the peninsula at the time. This year, we are conducting a combined flying event."

The allies suspended or scaled back several exercises last year in the wake of the first summit between U.S. President Donald Trump and North Korean leader Kim Jong-un in Singapore in June 2018.

The two leaders produced an agreement to "work toward" complete denuclearization of the Korean Peninsula in exchange for security guarantees from the U.S., but there has since been little progress in working-level negotiations between the two countries.

"I'm not going to talk specific force numbers, specific airplane numbers, but it's a reduced scope from the former Vigilant Ace exercises," Byrne said. "But it meets all the requirements of the ROK Air Force, the U.S. Air Force, to ensure readiness."

U.S. Forces Korea Commander Gen. Robert Abrams and his South Korean counterpart are charged with ensuring that the allies are conducting the right number and type of combined events in order to maintain readiness "while allowing our diplomats the space in the room to continue negotiations with North Korea," Byrne added.