South Korea has so far brought in 10 F-35As, beginning with two in late March, under a plan to deploy a total of 40 fifth-generation jets through 2021.

"On Monday, two F-35As arrived here in the latest batch, and three more are to arrive here by the end of this year," a government source said, adding that the military "is considering holding its fielding ceremony around next month."

Noting that holding such a ceremony means that the aircraft is capable of carrying out operations at least in a limited extent, the Air Force said it is now planning details for the event set to be held "within this year."

Last month, the Air Force showcased the next-generation fighters to the public for the first time during the Armed Forces Day event. 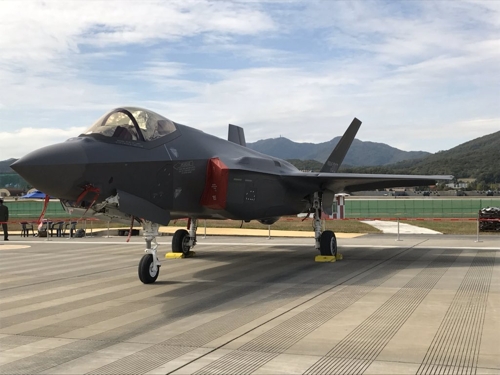