SEOUL, Nov. 10 (Yonhap) -- With all of its members coming back to public life over the weekend, popular K-pop band BIGBANG is set to return to show business, but the future of the group remains unknown due to an ongoing corruption scandal.

As a well-known fashion icon across Asia, its leader G-Dragon, who was discharged from the military on Oct. 26, resumed his entertainment activities with a fashion collaboration with Nike.

He participated in designing the U.S.-based firm's flagship sneaker line of the Air Force 1 Para-noise, which features daisy logos from G-Dragon's fashion brand PEACEMINUSONE on the tongue of the shoe.

After completing his 18-month mandatory service, the singer, whose real name is Kwon Ji-yong, said he will be committed to his work in music.

"Now, I'll do my best in my main business," the 31-year-old, who has enjoyed global stardom as a solo artist and a member of BIGBANG, told his fans on the day of his discharge last month. 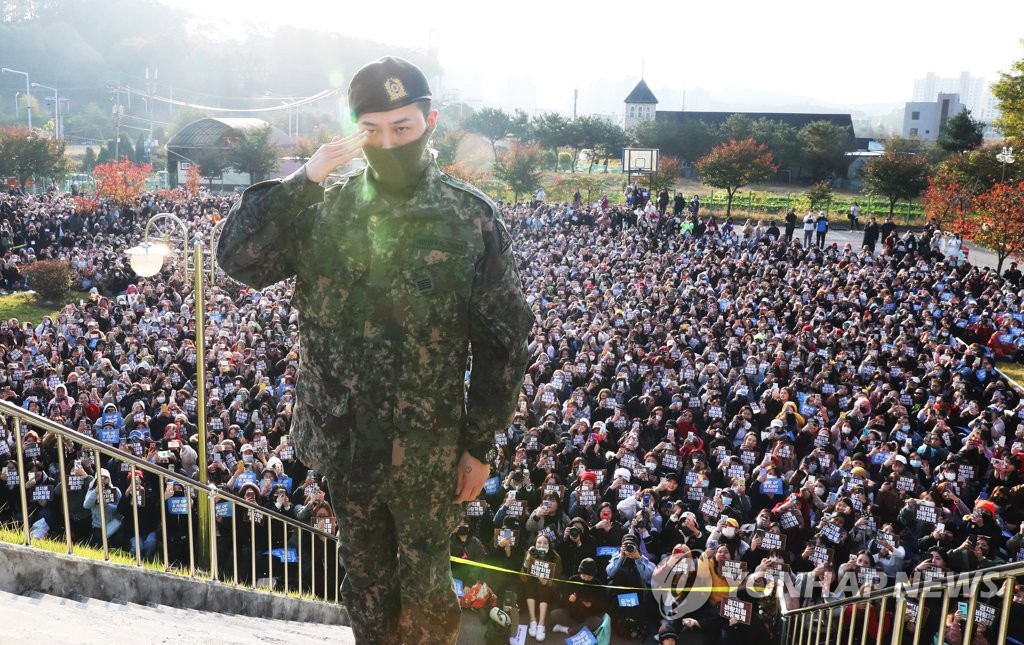 His two other bandmates, Daesung and Taeyang, will also complete their military duty Sunday, while T.O.P was the first BIGBANG member to finish the service in July.

But people cast doubt on the reunion of the now-four-member band, which made its debut in 2006, and the release of the first album in three years. BIGBANG has been regarded as one of the most influential Korean acts to shape the K-pop industry and lead the heyday of the Korean wave, along with BTS and EXO.

Former member Seungri left the group and the music industry in March amid a series of criminal and legal investigations earlier this year.

Yang Hyun-suk, the founder of YG Entertainment, BIGBANG's agency, also resigned from the top post of the firm as police have deepened a probe into allegations of illegal overseas gambling.

G-Dragon's social media photos and messages posted about a month before his discharge have fueled speculation of the disbandment of the 13-year-old group.

T.O.P already said he has "no plan to come back" to the band, while YG Entertainment has not yet made any official announcement on the future of the band. 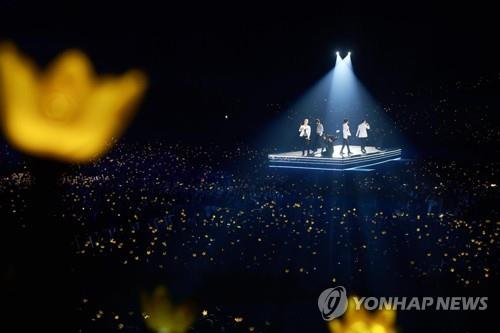