SEOUL, Nov. 8 (Yonhap) -- South Korea handed over a fishing boat to North Korea on Friday, a day after it deported two North Koreans accused of killing 16 fellow crew members of the vessel to the communist state, the unification ministry said.

On Thursday, the two in their 20s were sent back to the North through the truce village of Panmunjom, five days after they were captured near the eastern sea border on Saturday.

The two later confessed that they and another crew member killed the captain of the fishing boat out of anger over his physical abuse before killing the remaining protesting fellow crew members one by one later. The third person was arrested in the North when they tried to sneak back to their home country.

The 15-meter-long and roughly 20-ton boat was sent back to North Korea in the afternoon, the ministry said in a text message sent to reporters. A ministry official said that it was handed over to the North across the eastern inter-Korean sea border.

The unification ministry handling inter-Korean affairs earlier said that the decision was to protect the lives and safety of its people, saying that such heinous criminals are not eligible for protection granted to refugees under international law.

Some still criticized the government for hastily deciding to send the North Koreans back after just five days of investigation and solely based on their words without physical evidence to prove their crimes. They apparently dumped all the dead bodies overboard, along with tools used to kill them.

Kim Eun-han, the ministry's deputy spokesperson, defended the government's decision to send them back to the North, saying that there were "traces" left on the boat that could back up their confession.

"We understand that there were such (crime) traces on the boat," he told reporters during a regular press briefing when asked if there were any evidence of the crime, such as blood, gleaned from there. He did not elaborate on the matter.

With regard to criticism that there should be clear guidelines in deciding whether to expel North Koreans based on the severity of crimes, Kim noted that the government will take note of the need to supplement relevant manuals.

"Taking all the circumstances into account, we determined that they were making efforts to run away after committing a crime, and not expressing an intention to defect," he said. "We still will take note of voices raising the need to supplement relevant procedures." 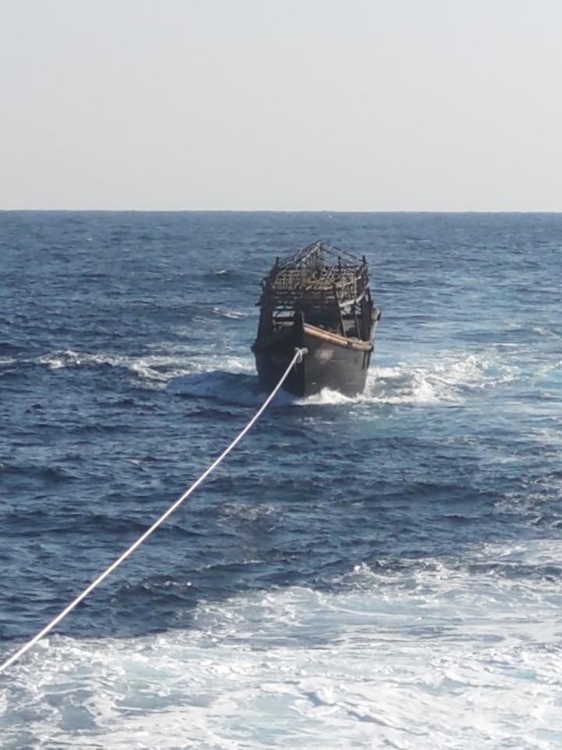