Kang Sun-young, 53, became a major general in a regular reshuffle of top uniformed officers and was appointed by President Moon Jee-in to lead the Army's Aviation Operations Command, the ministry said.

It will also be the first time that a female commander will take the helm of the aviation command, according to the ministry.

"Maj. Gen. Kang has enough ability and professionalism to serve the role," a ministry official said.

Commissioned in 1990, Kang is considered well-versed in air defense maneuvers. Currently, she is the president of the Army Aviation school.

"The military will continue to seek fair and balanced personnel management to select talented people regardless of background, gender and branch of military service," the ministry said in a release. 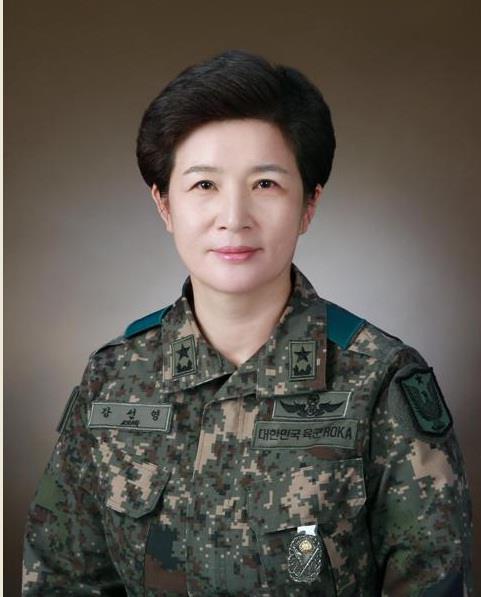