Australia defeated Canada 3-1 in the teams' final Group C game of the Premier12 at Gocheok Sky Dome in Seoul, with cleanup Logan Wade delivering a tie-breaking, two-run triple in the bottom of the eighth.

This result left Australia and Canada with the identical record of 1-2, and it also meant South Korea (2-0) will finish among the top two in the group, regardless of its result against Cuba (1-1) in the Group C finale later Friday. 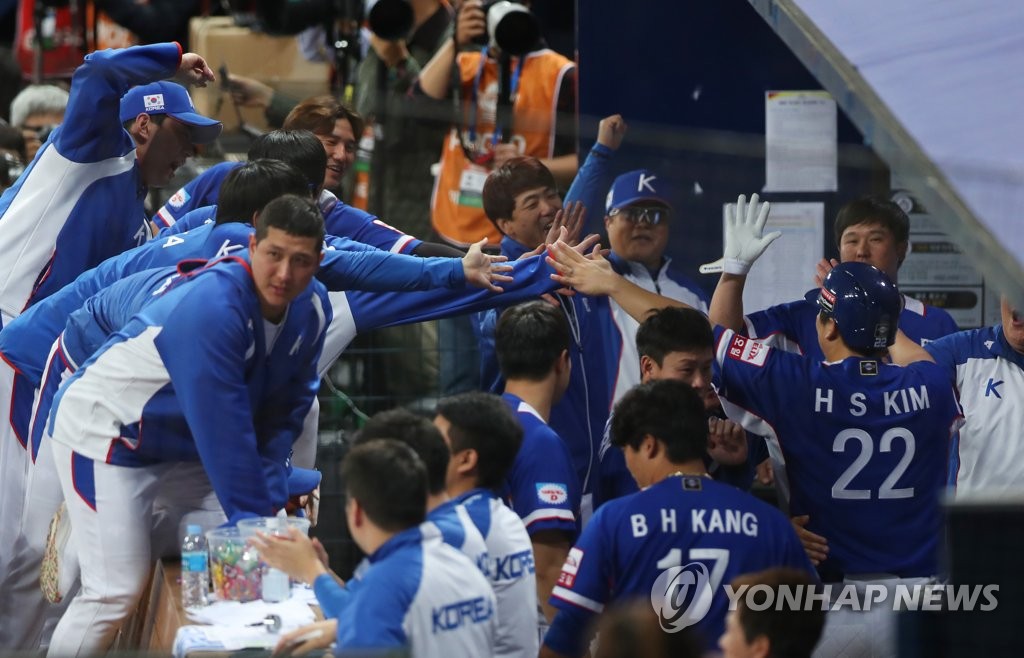 From three groups of four teams, the top two nations will advance to the Super Round, which starts next week in Japan.

The Premier12 is also the Olympic qualifying tournament for the Americas and Asia/Oceania. In order to qualify for the 2020 Tokyo Olympics, South Korea must first reach the Super Round and then finish ahead of Australia and Chinese Taipei in the final standings.

Australia helped South Korea take care of the first part of that equation. Chinese Taipei reached the Super Round out of Group B, and South Korea will need to better its longtime Asian rival in Japan next week.

South Korea is the defending Premier12 champion from 2015 and also the last Olympic baseball champion from 2008. The sport wasn't contested at the 2012 and 2016 Olympics but will return for the competition in Tokyo next summer.

And Australia will advance to the Super Round if South Korea defeats Cuba later Friday. Australian manager Dave Nilsson quipped in his post-game press conference, "The whole team and myself will be cheering hard for Team Korea."

Australia scored first on Robert Glendinning's sacrifice fly in the bottom of the first, but Canada tied it up in the top of the second with Rene Tosoni's RBI double to right.

The teams traded zeroes until the eighth inning. With two men on with two outs, Logan Wade lined a triple to the right-center gap to bring both runners home. 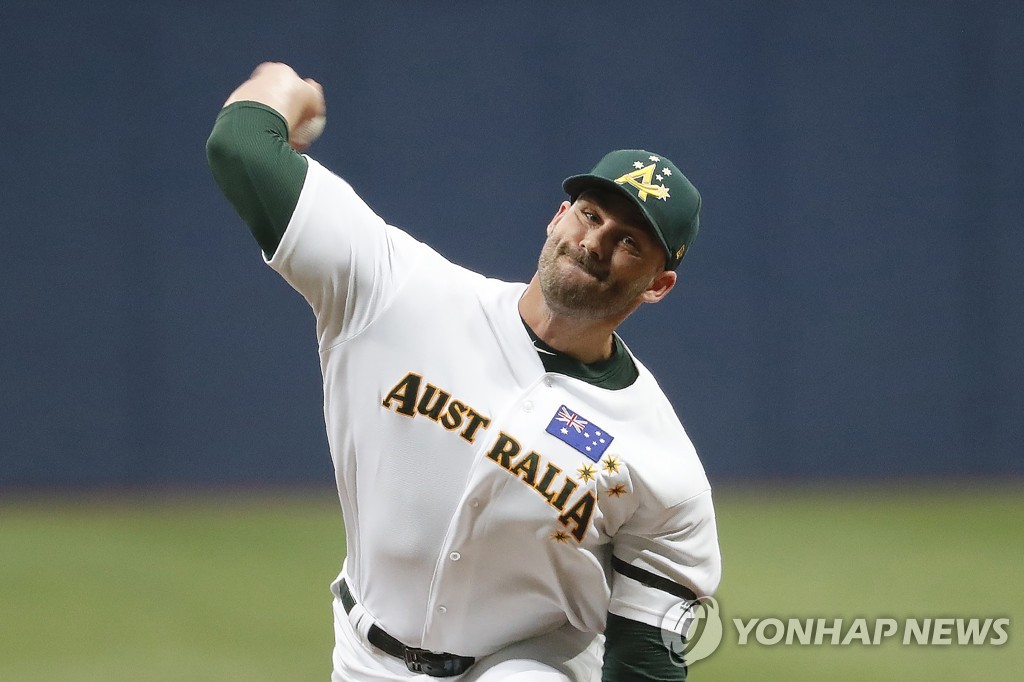 Cuba, Australia and Canada could all finish with 1-2 records. Canada beat Cuba 3-0 to open the tournament on Wednesday, while Cuba beat Australia 3-2 on Thursday. Then came Australia's win over Canada on Friday, meaning the head-to-head results among these three countries won't break the tie.

(2nd LD) (Premier12) S. Korea progresses to next round after Australia beats Canada

(2nd LD) (Premier12) S. Korea progresses to next round after Australia beats Canada