Yonhap will lead the regional organization and serve as its secretariat for the next three years, replacing AZERTAC, the Azerbaijan State News Agency.

It is Yonhap's first time chairing OANA since joining the group more than 30 years ago, a move that apparently reflects the status of the South Korean news wire in the global media industry.

"Thank you for electing Yonhap as OANA's next president. We appreciate the support you have shown us," President and CEO of Yonhap Cho Sung-boo said.

"Yonhap assumes the OANA presidency for the first time since the company was established in 1980, which is why it is especially meaningful for us."

He said Yonhap is ready to dedicate its efforts to strengthen cooperation among news agencies of the Asia-Pacific region. 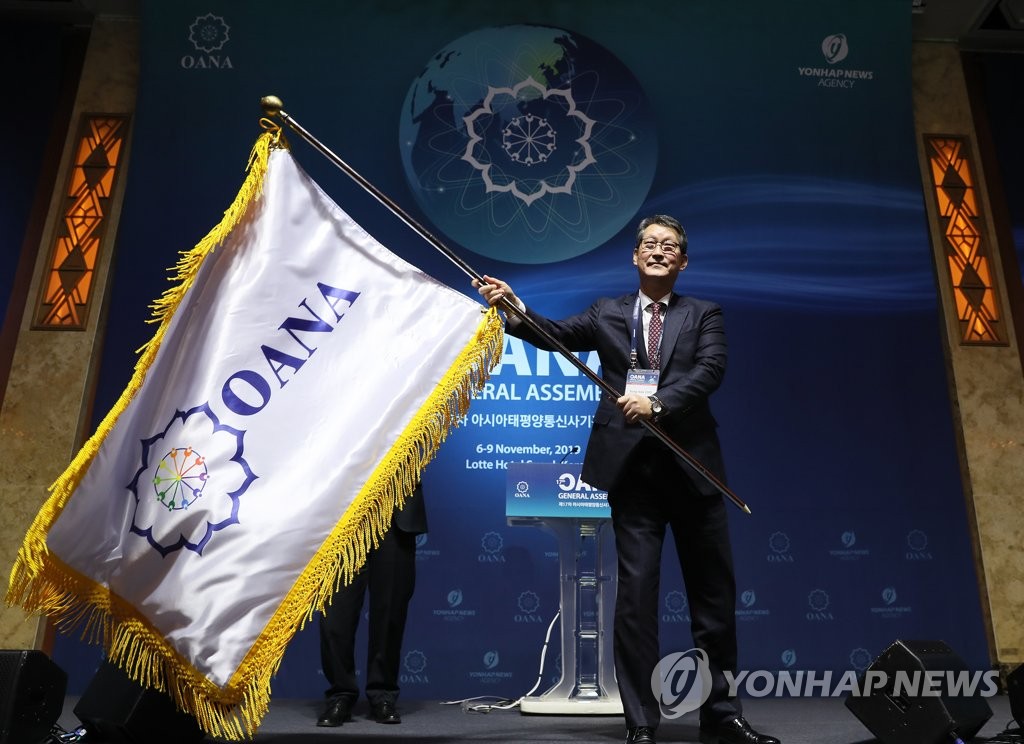 Cho also named Lee Dong-min, a senior staff reporter at Yonhap, as the secretary-general of OANA. She will coordinate opinions of member agencies and preside over executive board meetings and the general assembly over the next three years.

Meanwhile, Iran's Islamic Republic News Agency was selected as the host agency for the 18th OANA General Assembly scheduled for 2022.