SEOUL, Nov. 8 (Yonhap) -- After spending an up-and-down first season in the top South Korean league in 2019, Canadian pitcher Brock Dykxhoorn is hoping for another chance to prove himself here.

And with scouts from the Korea Baseball Organization (KBO) watching, Dykxhoorn pitched a solid game for Canada at the Premier12 on Friday at Gocheok Sky Dome in Seoul. 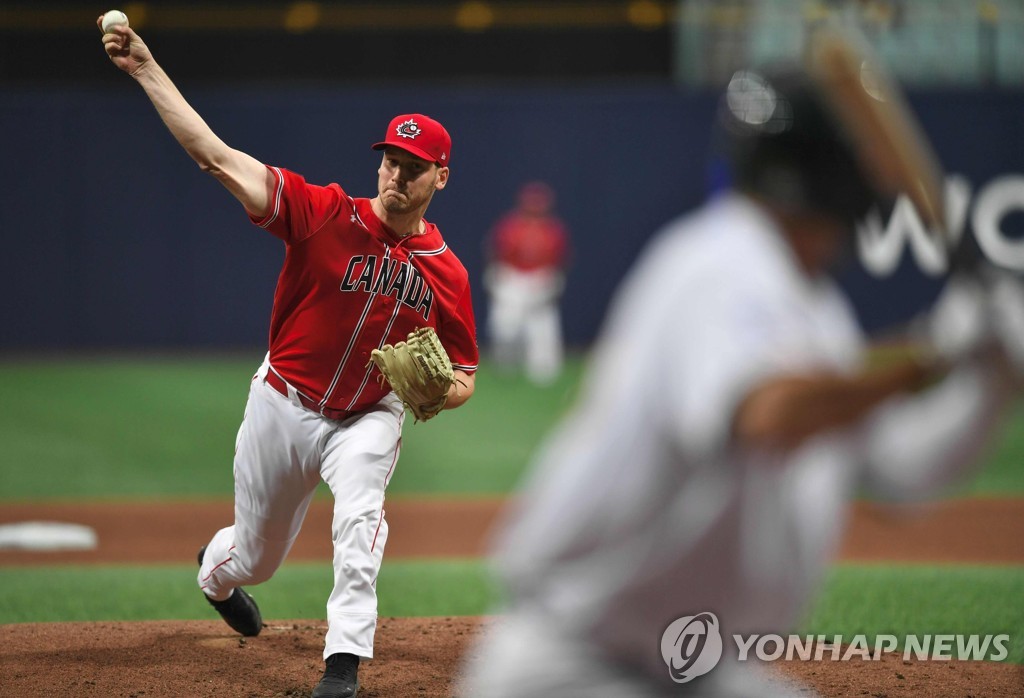 The 25-year-old right-hander limited Australia to one earned run on two hits over six innings. He struck out seven and didn't walk anybody.

"I felt good. I did the best with the energy that I had," he said. "I feel like I threw the ball well and I was able to use my offspeed pitches better today. So that helped me."

It wasn't enough, though, as Australia went on to win 3-1.

Dykxhoorn's only blemish came in the first inning, when he gave up a leadoff double to Tim Kennelly, who later came around to score on a sacrifice fly by Robert Glendinning.

Dykxhoorn then held Australia hitless over the next four innings. He pitched around a two-out single in the sixth and left the mound with the score tied at 1-1.

Dykxhoorn signed with the SK Wyverns before the season but was waived in June, when he had a 3-2 record with a 3.56 ERA in 12 appearances. The Lotte Giants claimed him a few days later, and he finished the season at 6-10 with a 4.34 ERA in 29 games.

The Giants' general manager, Sung Min-kyu, was in the stands, along with other scouts, and Dykxhoorn said he'd like nothing more than another opportunity to pitch in the KBO.

"I hope to be back. I love my time in Korea. I appreciate the fan support," he said. "It was cool to come back here with Team Canada. I hope to see the fans and the (KBO) teams again next year." 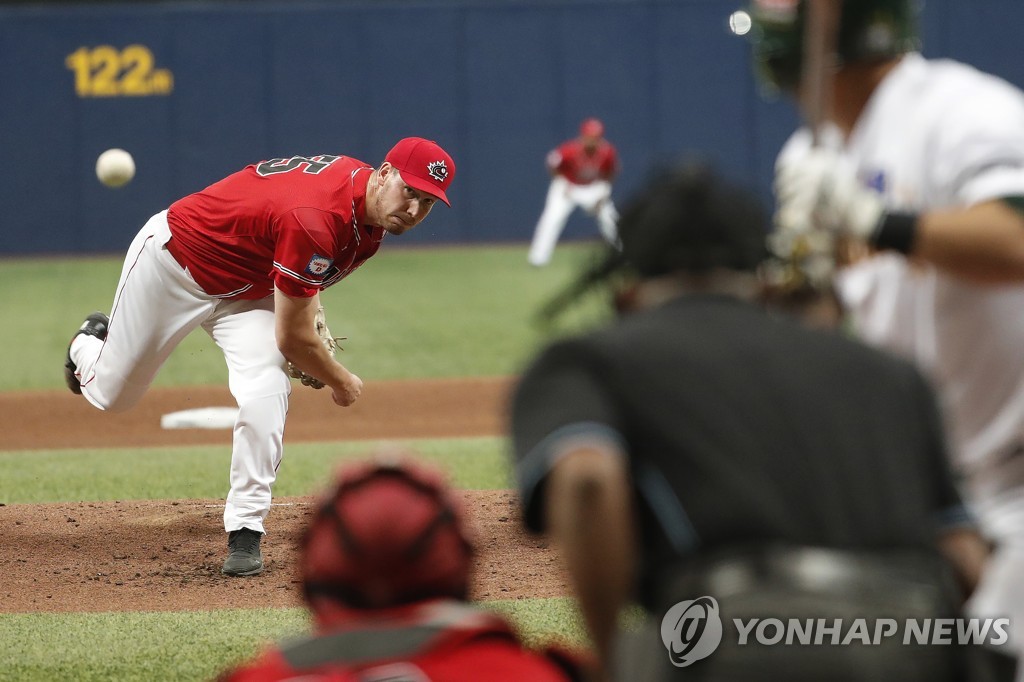