SEOUL, Nov. 8 (Yonhap) -- Thanks to an unexpected result involving others teams in the same group on Friday, South Korea has already secured a spot in the next round at the ongoing Olympic baseball qualifying tournament before playing its final game.

South Korea will move on to the Super Round of the Premier12 tournament, thanks to Australia's 3-1 upset win over Canada earlier Friday in Group C action at Gocheok Sky Dome in Seoul. And South Korea (2-0) will take on Cuba (1-1) later Friday at the dome knowing it doesn't even have to win that game. 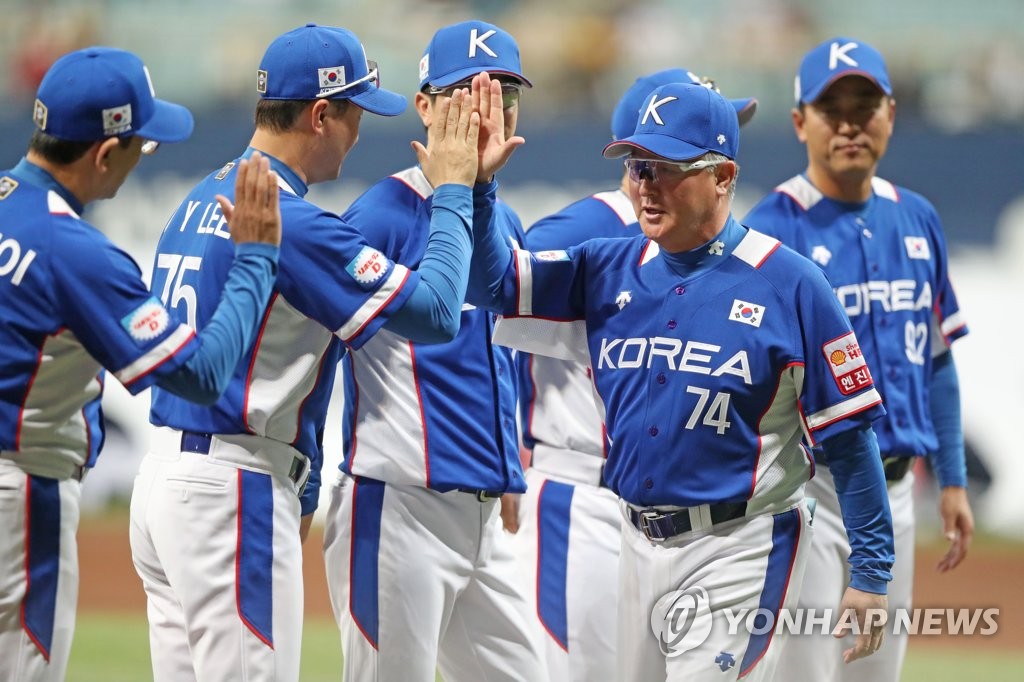 Only the top two teams from the group will reach the Super Round, which will take place in Japan. The top two teams from Groups A and B -- Mexico, the United States, Japan and Chinese Taipei -- are waiting for contestants from Group C to join them, and South Korea will finish no worse than second in Group C, with either Cuba or Australia to also move on depending on the result of Friday's nightcap.

But Kim insisted that putting on a show for home fans one last time will be important.

"The best case scenario for us is to advance with a win tonight," Kim said. "We've won the first two games, and we'd like to finish with another one."

Kim said clinching the Super Round berth early doesn't change his game plan at all.

"I think we're getting stronger and stronger as a team," the manager added. "I think we'll have a chance to showcase some of the pitchers that haven't thrown at this tournament yet."

Kim said second baseman Park Min-woo, who was held out of the starting lineup on Thursday against Canada, will be back at his usual leadoff spot. Park had been in a 0-for-15 funk since South Korea's tuneup games earlier this month, but after entering Thursday's game against Canada as a pinch runner, Park delivered an insurance RBI with a single in the top of the ninth inning of a 3-1 victory.

Kim is also hoping another key hitter, cleanup Park Byung-ho, will come around soon. The reigning Korea Baseball Organization (KBO) home run king is 0-for-8 with five strikeouts at the Premier12.

"If he doesn't hit, we'll get production from other guys in the lineup," the manager said. "And if he doesn't produce here, he'll start doing that in the Super Round in Japan. He's probably due, anyway." 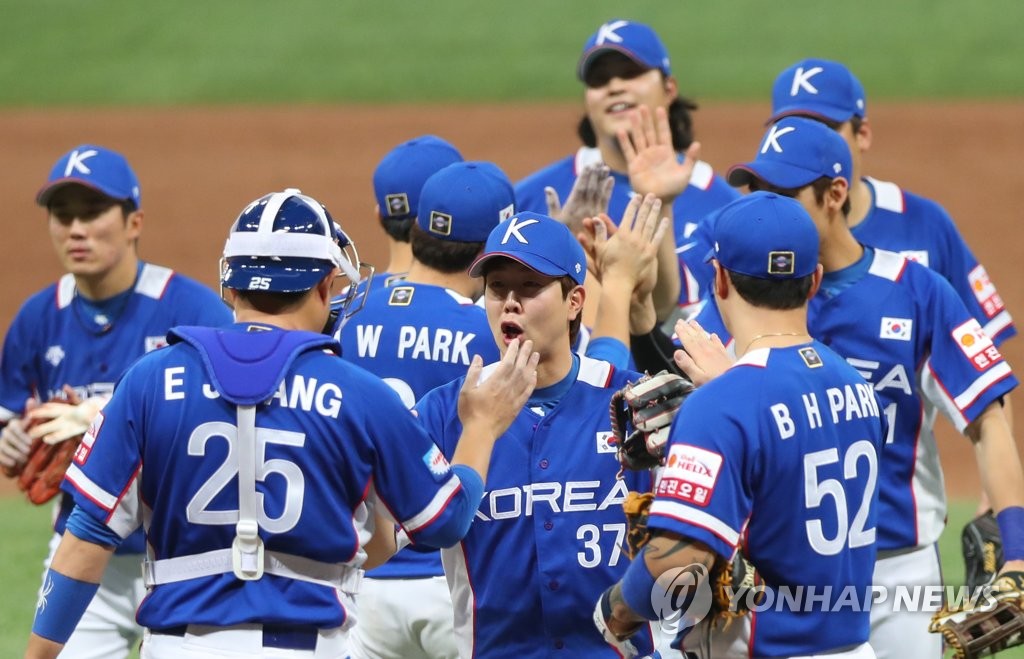