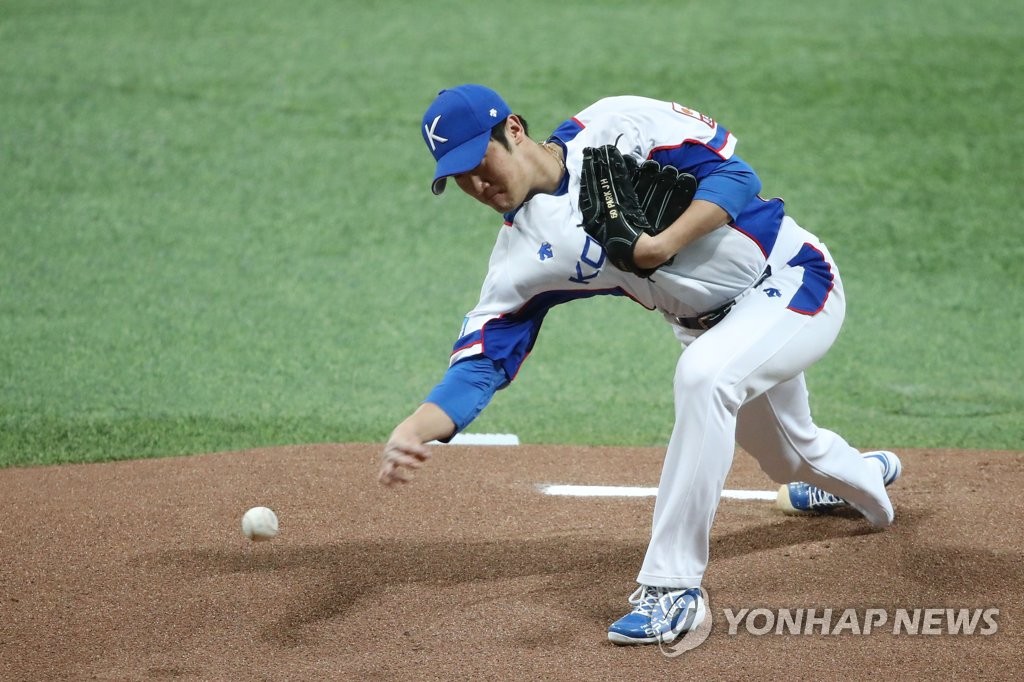 Starter Park Jong-hun pitched four shutout innings, scattering four hits while striking out only two. Those numbers pale in comparison to what two starters before Park had done for South Korea.

Against Australia and Canada, Yang Hyeon-jong and Kim Kwang-hyun each tossed six shutout innings of one-hit ball, and they fanned 10 and seven batters, respectively.

Park wasn't nearly as dominant, and he pitched himself into and out of trouble in the third and fourth.

With two outs in the third, the submarine pitcher hit a batter and gave up a single, but got the dangerous Yurisbel Gracial to ground into a fielder's choice. 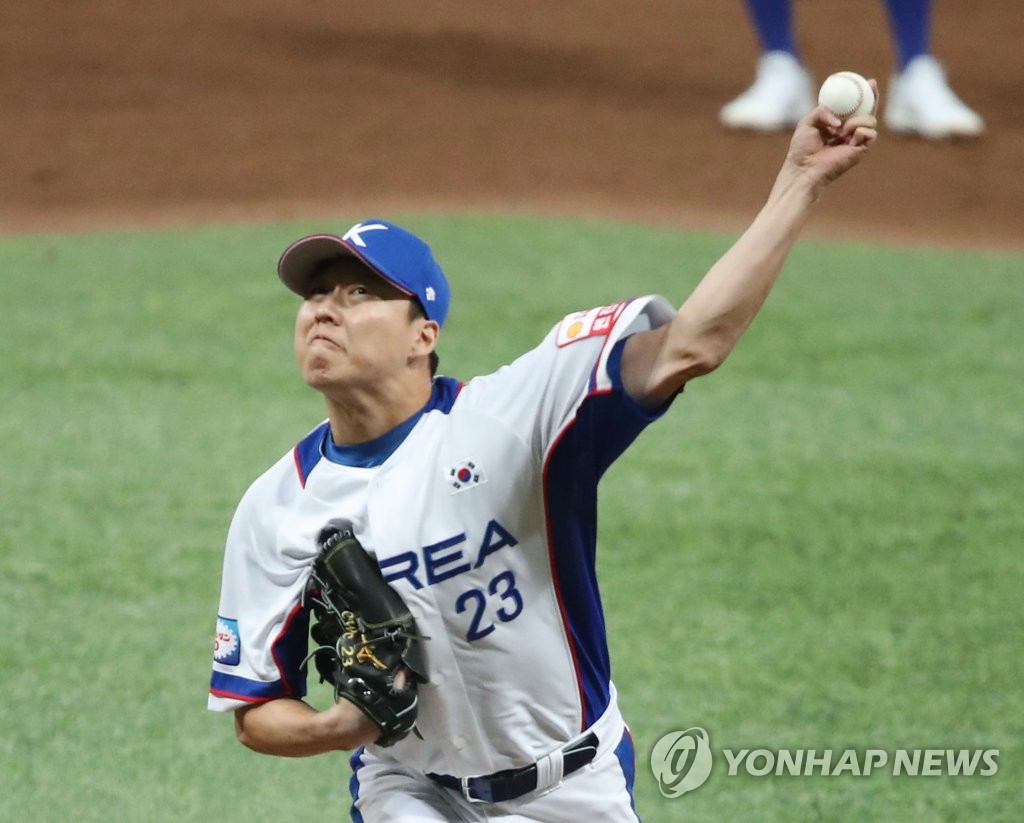 Park also allowed two baserunners with two outs in the fourth, this time with a walk and a single. But he escaped unscathed again, retiring Yosvany Alarcon on a groundout.

But Park's night was done after Erisbel Arruebarruena led off the fifth with a single. Cuban hitters started making some hard contact against Park, and with fresh arms locked and loaded in the bullpen, South Korean manager Kim Kyung-moon pulled a quick trigger after 65 pitches for Park.

Park said he was a nervous wreck before the game because he hadn't played in a tournament as big this, and said he felt "fortunate" to have kept Cuba off the board.

"I had fun facing the Cuban hitters," he said. "Even though I only went four innings, I am still satisfied because I didn't give up any runs and we won the game."

Park said he didn't feel any pressure to follow up on two quality starts by Yang and Kim, adding, "I am not in their class yet. I just wanted to take it one inning at a time."

After Park left, two relievers, Cha Woo-chan and Lee Young-ha, finished off the fifth. Lee came back on to pitch a scoreless sixth.

Then ensued a parade of relievers for the rest of the game: Go Woo-suk in the seventh, Ha Jae-hoon in the eighth and Lee Seung-ho in the ninth. It was the first appearance in the tournament for Ha and Lee.

In his pre-game session with the media, manager Kim said he'd try to give those who hadn't seen action a chance to pitch in front of home fans. And when the lineup put up a four-spot in the fifth to open up a comfortable 6-0 lead, it also afforded Kim a chance to keep the line of his relievers moving.

The five pitchers after Park Jong-hun struck out five batters against no walk, and gave up just three hits. 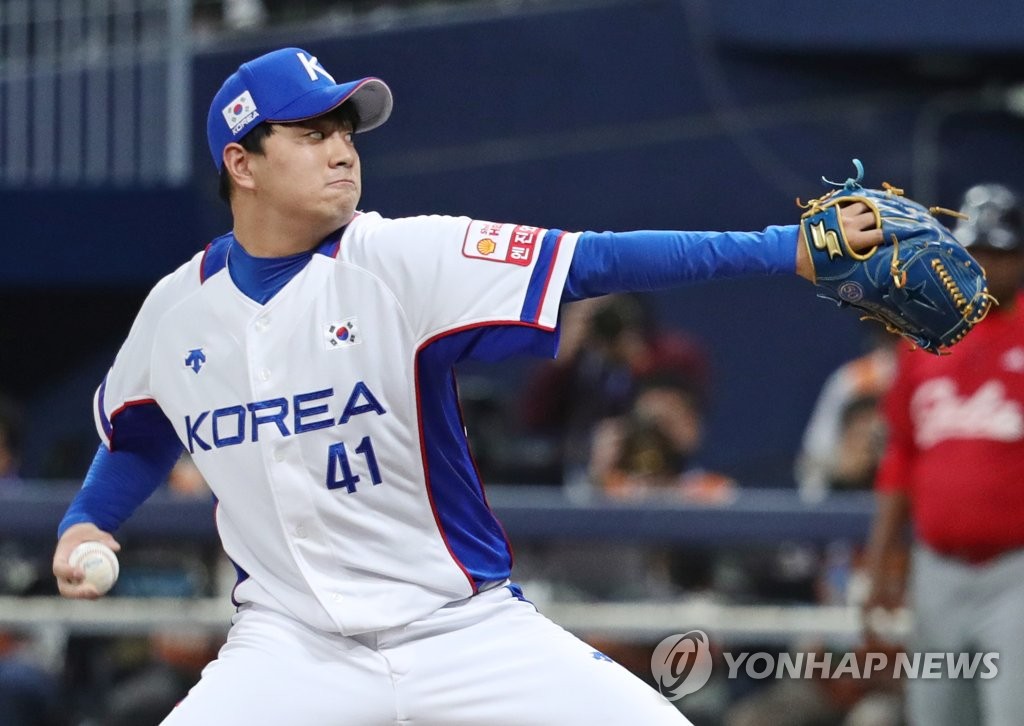