Trump said in response to a reporter's question that he was invited to attend the May celebrations marking the 75th anniversary of Russia's victory in the war.

Russian government officials said earlier that Kim had also been invited, but that he had not sent a response yet.

"I was invited. I am thinking about it," Trump told reporters at the White House. "It's right in the middle of our campaign season, but I am thinking -- I would certainly think about it." 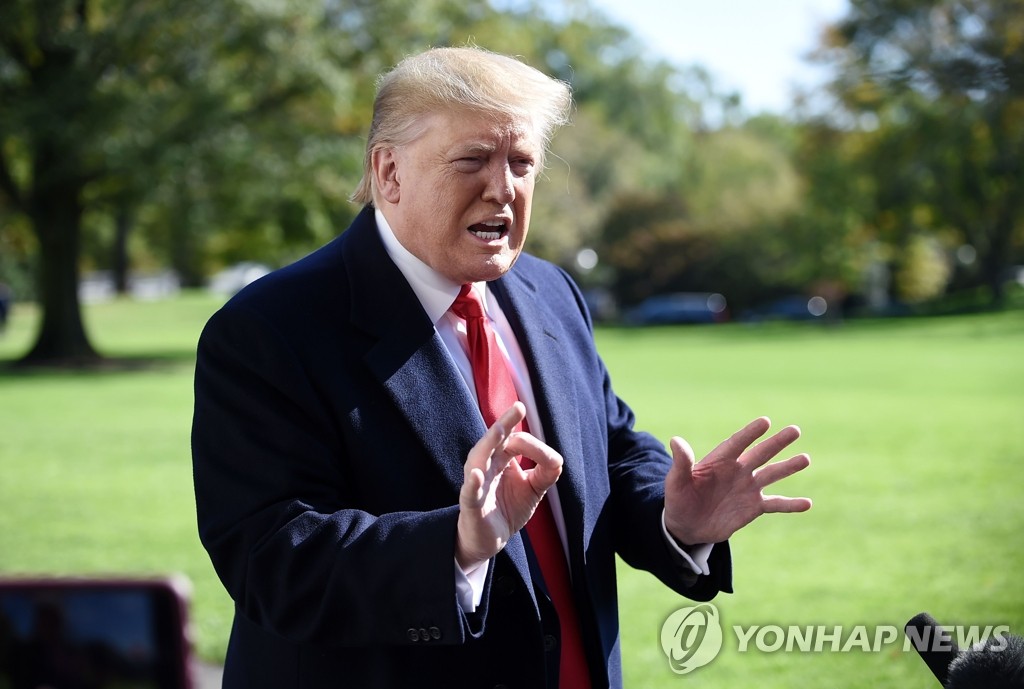 Trump and Kim have had three meetings since June 2018 to try to reach a deal on dismantling the North's nuclear weapons program in exchange for economic and political concessions.

Negotiations between the two sides have stalled due to gaps over the extent of denuclearization and sanctions relief, but both leaders have expressed a willingness to meet again.

"I don't like doing it because it sets a bad precedent," Trump said, "because every time (Chinese) President Xi (Jinping) calls or somebody calls from China -- if I speak to Kim Jong-un -- are they worried about me giving the call?"

The U.S. president has previously suggested that he has phone calls with Kim, but they have not been confirmed.