SEOUL, Nov. 9 (Yonhap) -- North Korea's crop production this year is estimated to come below average due to unfavorable weather conditions, which is feared to worsen its already serious food shortages, an international organization has said.

"Below-average production is estimated in main cereal producing areas located in the south (the provinces of South and North Hwanghae and South Pyongan, locally knows as the 'Cereal Bowl') due to irregular rainfall and low reservoir levels during the summer," the organization said, adding that given such expectations, "The overall food security situation in 2019/20 is not expected to improve."

North Korea experienced severe droughts throughout the spring and summer seasons. Then in September, it was hit hard by Typhoon Lingling. The organization categorized the impoverished nation as an "early warning country."

According to the Food and Agriculture Organization, four out of every 10 North Koreans urgently need food aid, as crop production this year is expected to drop to its lowest level in five years due mainly to drought. 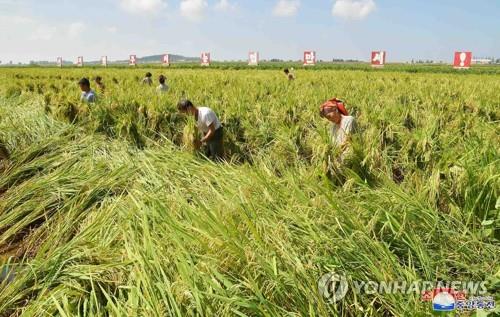