SEOUL, Nov. 10 (Yonhap) -- South Korea's automobile output is widely expected to reach a nine-year low this year on sluggish sales at home and abroad, dipping to below 4 million units for the first time since 2009, data showed Sunday.

In the first 10 months of the year, the combined sales of automakers here came to 3.24 million units, down 0.7 percent from the same period last year, according to the data from the Korea Automobile Manufacturers' Association (KAMA).

The figure is the lowest since 2009, when the number stood at 2.79 million units in the aftermath of the global financial crisis.

Exports slipped 0.3 percent on-year to about 1.99 million cars over the cited period, while domestic sales dipped 1.2 percent to 1.25 million units.

Amid sluggish sales, the country's overall output of automobiles dropped 0.4 percent on-year to a little over 3.26 million units in the January-October period, the lowest since 2009.

The country's auto output has been on a steady decline since 2015, partly due to an increase in overseas production of local carmakers, KAMA said.

At the current pace, annual auto output will likely fall short of 4 million units for the first time since 2009, when output was 3.51 million units.

However, the sales of three other carmakers here -- SsangYong Motor, Renault Samsung and GM Korea -- have dropped significantly.

Sales of SsangYong dipped 4.9 percent to about 109,000 units over the cited period. 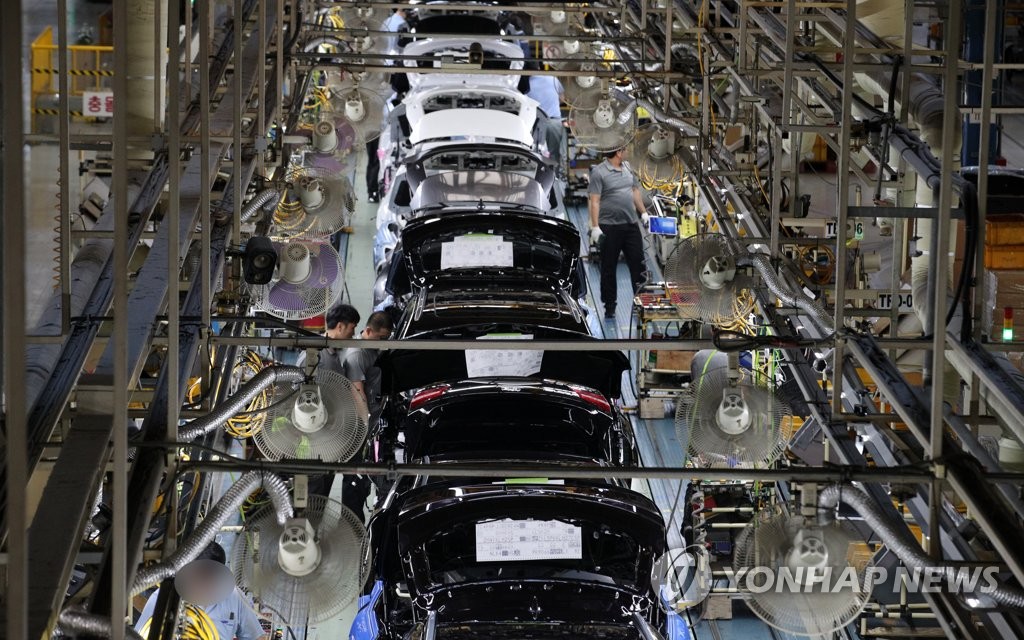