In the January-September period, shipments of South Korean vehicles to the U.S. came to nearly US$11.2 billion, up 18.7 percent from the same period last year, according to the data from the Korea International Trade Association.

The country's auto exports to the U.S. had been on a steady decline since 2016, when they plunged 10.9 percent from a year earlier. This was followed by a 6.4 percent on-year drop in 2017 and 6.9 percent decline the year after.

The increase in the value of auto exports to the U.S. also comes amid a possible drop in the sheer number of vehicles shipped to the country from here.

Such data was not immediately available.

However, an increase in overseas production of vehicles by South Korean carmakers has widely been blamed for a steady drop in the country's auto exports.

An earlier report from the Korea Automobile Manufacturers' Association noted that the country's overall auto exports dipped 0.3 percent on-year to a little less than 2 million cars in the January-October period. 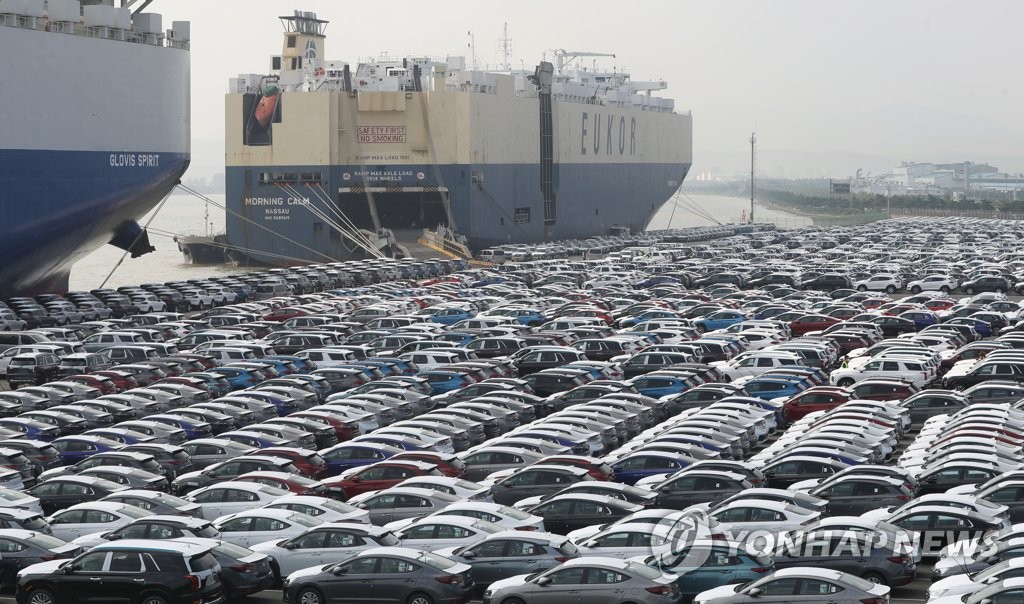