In October, the vehicle sold 12,854 units in India, up 65.8 percent from 7,754 cars the month before, according to the local unit of South Korea's second-largest carmaker. The Seltos SUV was launched in India in August.

The Seltos was followed by the Brezza of Maruti Suzuki, an Indian subsidiary of Japan's Suzuki Motor Corp., which sold 10,227 units in the month, and the Venue from Hyundai Motor Co., a larger affiliate of Kia, which sold 8,576 units.

The South Korean carmaker produces the vehicle model at its new facility in India's southeastern state of Andhra Pradesh.

The production capacity of the new facility currently stands at about 52,000 units, but the company says it will reach a maximum 300,000 cars a year in three years.

In just about two months since the Seltos was introduced in the Indian market, the company has sold over 26,000 units of the compact SUV and has received more than 60,000 preorders so far, it said. 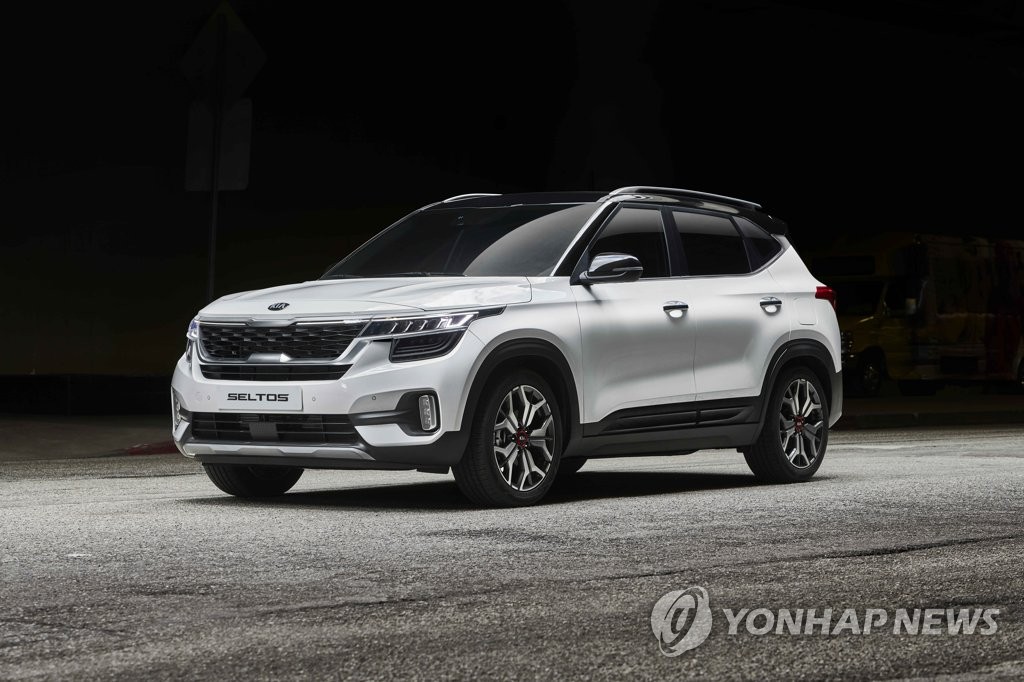