SEOUL, Nov. 10 (Yonhap) -- Cheong Wa Dae said Sunday it would patiently advance the Korea peace process, although Seoul's own drive is restricted due to its international obligations and relations with Pyongyang.

Speaking at a press conference to mark the halfway point of President Moon Jae-in's single five-year tenure, his chief of staff, Noh Young-min, reaffirmed the prioritization of peace between the Koreas.

"The government will consistently advocate the path of Korean Peninsula peace with patience," he said.

Looking back on the previous two and a half years, Noh said it was a period of "grand transformation."

"The Moon Jae-in administration's last two and a half years was a process of overcoming the past and normalizing the state system and a time of establishing the foundation of a new Republic of Korea," he added, using South Korea's official name. 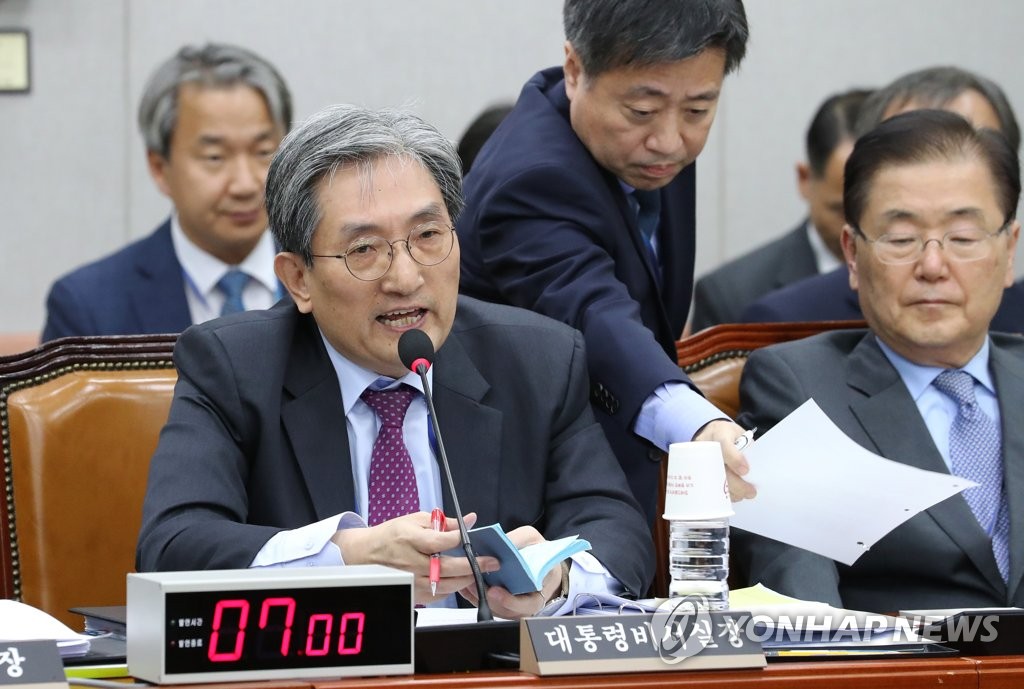 A sense of war crisis that was palpable before Moon's inauguration demonstrated which way South Korea should take, Noh pointed out.

He also said the government has sought an epoch-making change in the country's economic paradigm in the face of a rapidly changing world order.

"There's still a way to go" before the people feel the impact of various policies, he added. "The remaining two and a half years of the Moon Jae-in administration will be a time to leap toward a new Republic of Korea on the basis of the force of transformation."