BUSAN, Nov. 10 (Yonhap) -- South Korea held a welcoming ceremony in the southeastern port city of Busan on Sunday for a special summit with the Association of Southeast Asian Nations (ASEAN) set to take place later this month.

Some 10,000 citizens, as well as first lady Kim Jung-sook, Foreign Minister Kang Kyung-wha and Busan Mayor Oh Keo-don, attended the ceremony, which was organized to boost public interest in the upcoming diplomatic event.

The two-day ASEAN-South Korea commemorative summit will kick off on Nov. 25, and a separate Mekong-South Korea session will take place on Nov. 27, together constituting the biggest diplomatic event to be held in South Korea since President Moon Jae-in's inauguration in May 2017.

The high-profile summit comes amid Seoul's push to deepen ties with ASEAN member states and other Southeast Asian countries.

Under its New Southern Policy, the Moon administration is seeking to upgrade South Korea's strategic partnerships with ASEAN as part of an effort to diversify its diplomatic channels.

"The ASEAN-South Korea commemorative summit is the largest diplomatic event that will take place on the 30th anniversary of the establishment of ties between the two sides," Minister Kang said, vowing to further strengthen cooperation with the ASEAN countries.

As part of the ceremony, the South Korean Air Force's Black Eagles, one of Asia's best acrobatic flight teams, performed an air show, and the Navy showcased one of its Aegis destroyers, the Seoae Ryu Seong-ryong, to the public. 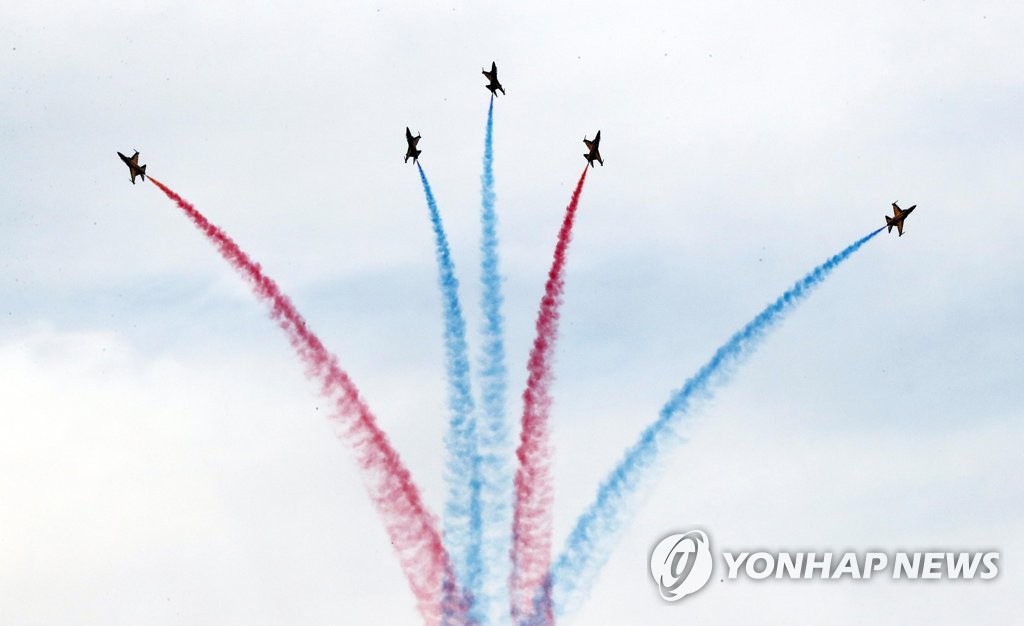 Welcoming ceremony held in Busan for special summit with ASEAN

Welcoming ceremony held in Busan for special summit with ASEAN