CHIBA, Japan, Nov. 11 (Yonhap) -- When South Korea faces Chinese Taipei at the ongoing Olympic baseball qualifying tournament at an open-air stadium next to the bay in Chiba, Japan, this week, the players will know where to seek advice.

South Korean baseball legend Lee Seung-yuop is back in his old stomping ground in Japan this week as a television analyst for the World Baseball Softball Confederation (WBSC) Premier12. Lee, the all-time Korea Baseball Organization (KBO) leader in home runs with 467, spent eight seasons in Japan's Nippon Professional Baseball (NPB), including the 2004 and 2005 seasons with the Chiba Lotte Marines. 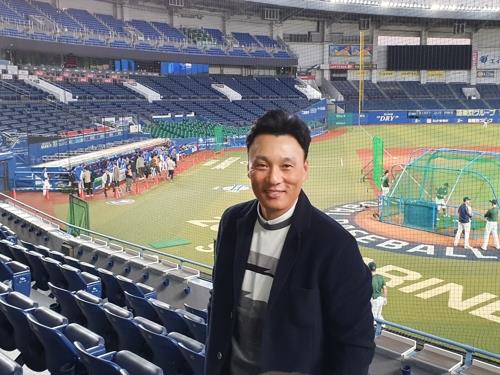 They're based at ZOZO Marine Stadium, and South Korea and Chinese Taipei will meet there at 7 p.m. on Tuesday as part of the Super Round of the Premier12. Lee made his first trip to the stadium in eight years on Sunday.

The Premier12 doubles as an Olympic qualifying tournament for Asia/Oceania and the Americas. Only the top teams from those regions will advance to the 2020 Tokyo Olympics. With Japan already in the Olympics as the host nation, South Korea and Chinese Taipei will likely duke it out for the one spot from Asia/Oceania, with Australia trying to get into the mix.

In this crucial contest, Lee said players should be wary of the wind blowing in from the adjacent ocean at ZOZO Marine Stadium.

"The scoreboard will show the direction and speed of the wind in real time, and it will blow in from different directions every inning," Lee said. "Both hitters and pitchers should be careful."

Lee said he has seen more line drive home runs than moon shots at this ballpark.

Lee also noted that it has become more of a hitter-friendly park than it had been during his playing days, with smaller foul territories and moved-in fences. 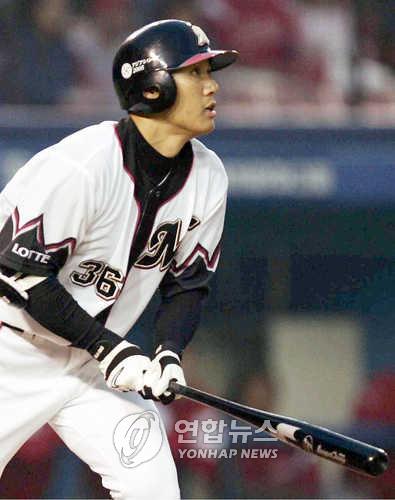 Lee bounced back the next year, hitting 30 home runs in 117 games and helped the Marines to the Japan Series title. It was the first of two NPB titles Lee won in his Japanese career.

"Baseball in Japan was different than what I was used to in Korea, and I couldn't make adjustments in the pitcher-friendly park," he recalled. "I even spent some time in the minor league for the first time in my career. But I think my minor league stint kept me motivated to compete hard for eight years in Japan."

One monument standing outside the stadium left Lee a happy man. It features bronze handprints of the members of the 2005 Japan Series winning Marines team. Lee said he'd only heard about the installation and finally got to see it for the first time on Sunday.

"This is great," Lee said with a smile. "Seeing these hands of my teammates from that year brings back so many memories." 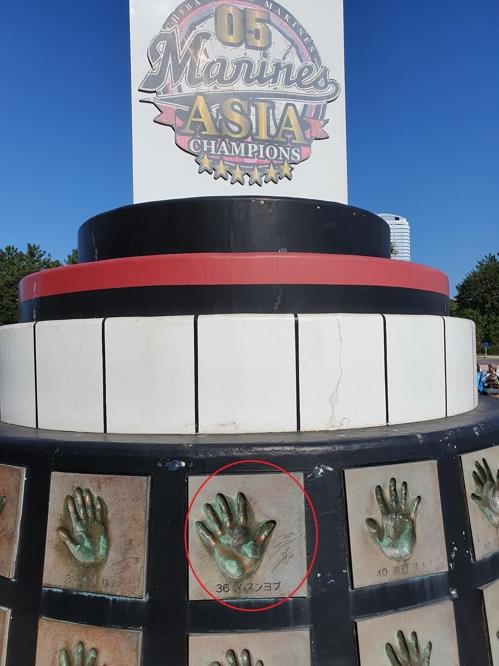