The country's overseas shipments of EVs were valued at US$2.57 billion in the January-October period, up a whopping 103.3 percent from a year earlier, according to the data from the industry ministry and the Korea International Trade Association. 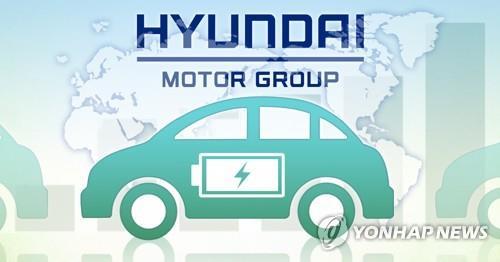 The figure strikes a sharp contrast to an on-year 6.7 percent gain in South Korea's overall auto exports over the cited period, which were tallied at $35.78 billion.

EVs thus took up 9.2 percent of South Korea's total auto exports last month, up from 4.4 percent for the whole of 2018.

Given the uptrend, South Korea's EV exports are strongly tipped to surpass the $3 billion mark for all of 2019, compared with $1.8 billion a year earlier.

Market watchers said the sharp increase in EV exports stems mainly from a steady rise in demand from the United States and the European Union.

Buoyed by more EV launches, South Korea's overseas shipments of rechargeable batteries climbed 4.6 percent on-year to $6.19 billion during the 10-month period, according to the data.
(END)