SEOUL, Nov. 11 (Yonhap) -- Cancer treatment costs in South Korea exceeded the 9 trillion-won (US$7.8 billion) mark in 2018 due to a rise in the number of patients and more state coverage, a report showed Monday.

Nearly 9.01 trillion won was spent to treat cancer patients last year, taking up 11.6 percent of the country's total medical spending covered by the state health insurance program, according to the report by the National Health Insurance Service and the Health Insurance Review and Assessment Service. 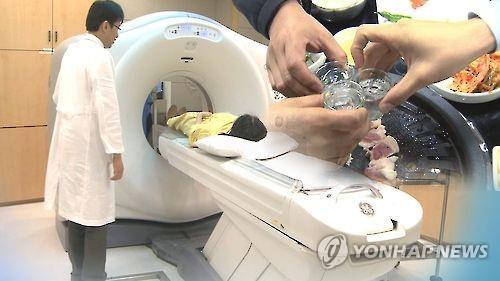 About 313,500 people were newly diagnosed with cancer last year, with those new patients accounting for 42 percent of the total cancer treatment costs.

South Korea has one of the fastest aging populations in the world on the back of advances in medical know-how and greater awareness of good health.

The country became an aged society in 2017, with the ratio of people aged 65 or older hitting 14 percent of its population of 50 million. The portion is forecast to reach 20 percent in 2026.
(END)