SEOUL, Nov. 11 (Yonhap) -- South Korea's surprising run at the FIFA U-17 World Cup has ended after the second knockout match.

South Korea lost to Mexico 1-0 in the quarterfinals at Estadio Kleber Andrade in Vitoria on Sunday (local time), on a goal by Ali Avila in the 77th minute.

This was South Korea's fourth trip to the quarterfinals of this youth tournament, and head coach Kim Jung-soo's team was trying to become the first South Korean squad to make it to the semifinals. 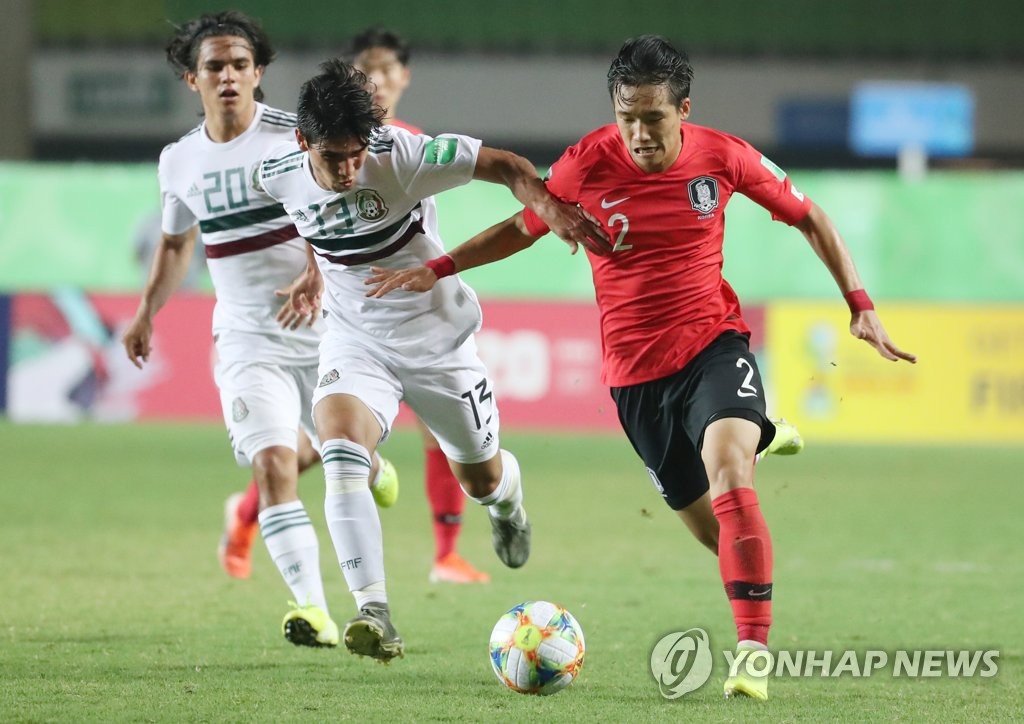 Choi Min-seo hit the crossbar in the 14th minute for South Korea and then just missed the target after taking a Lee Tae-seok cross eight minutes later.

South Korea had to make an early substitution in the 35th minute, when defender Hong Sung-wook was lifted with an injury.

Mexico also hit the woodwork, with Josue Martinez's shot rattling the bar in the 40th, and the teams ended the first half scoreless.

With the clock winding down, Avila, who came off the bench in the 64th minute, headed home a Jose Ruiz cross for the eventual winner.

South Korea came up empty-handed in their push for an equalizer, with Jeong Sang-bin denied by goalkeeper Eduardo Garcia on his header in the 85th minute. 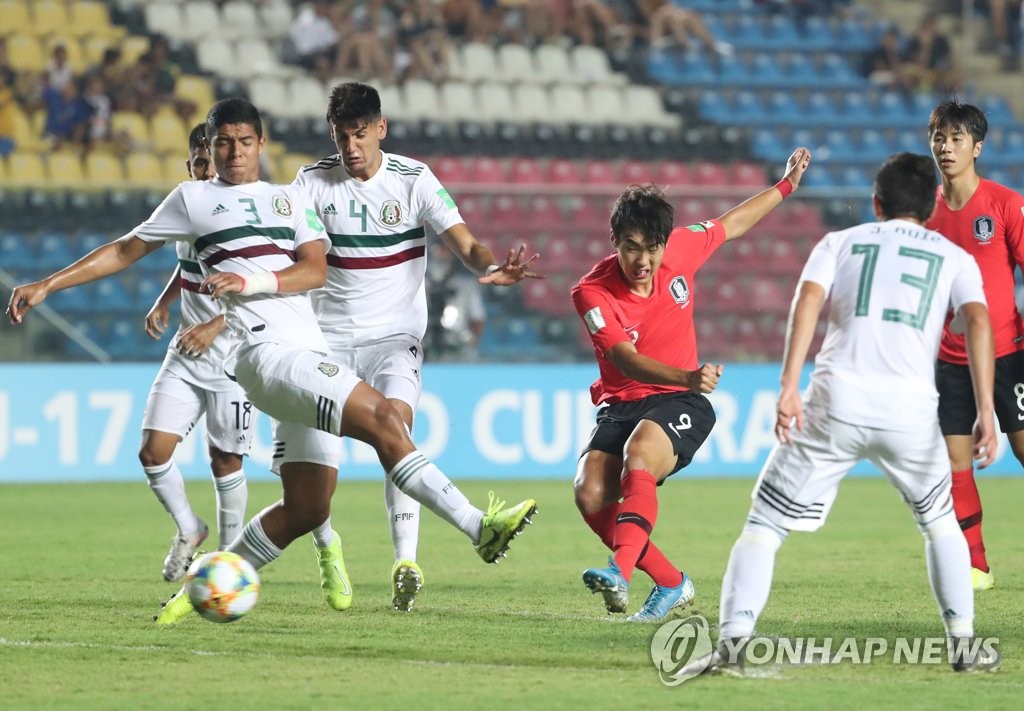 S. Korea fall to Mexico in quarterfinals at FIFA U-17 World Cup

S. Korea fall to Mexico in quarterfinals at FIFA U-17 World Cup