The measure is in line with the government's strong advice last month against those products, warning that they could cause serious lung illness or death.

"For the health of service personnel, we last month issued guidelines (to the three branches of service) that strongly urge them not to use e-cigarettes," defense ministry spokesperson Choi Hyun-soo told a regular briefing.

The guidelines call for banning bringing e-cigarettes into the barracks and using them until suspected connections between serious lung diseases and the products are clarified, another ministry official noted.

E-cigarettes had been viewed as a healthier option for smokers, but a growing number of countries around the world have moved to impose tougher regulations amid their suspected health risks. The United States has so far reported 33 deaths and more than 1,400 cases of sickness from a respiratory illness associated with vaping. 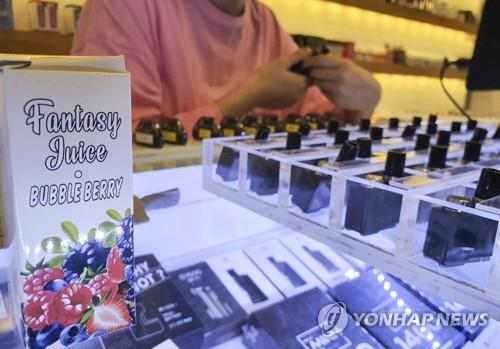