SEOUL, Nov. 11 (Yonhap) -- A fall from grace by "Produce 101," South Korea's most sensational idol audition show to date, is derailing the burgeoning K-pop careers of the show's winners.

Last week, police put in custody An Joon-young, the director of the Mnet cable show, and the program's chief producer over suspicions of rigging the results of the fan-voted competition show's four seasons.

The police have reportedly secured circumstantial evidence alluding to the production staff's collusion with talent agencies in the alleged vote-rigging after some of those involved in the scandal were treated to nightlife establishments and other favors. 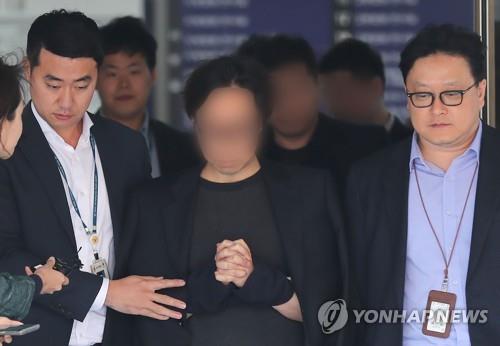 It marked a deathly blow to the sensational audition show, which, since its inaugural season in 2016, has grown in influence to emerge as arguably the most promising channel for K-pop debuts today.

All four K-pop bands formed through its four seasons -- I.O.I, Wanna One, IZ*ONE and most recently X1 -- recorded sensational hits in the highly competitive K-pop scene, channeling breakout stars onto the stage.

The show's collapse is most likely to come with inevitable consequences for the burgeoning K-pop careers of IZ*ONE and X1, the show's girl and boy bands that are currently active in the music scene.

The 12-member Korean-Japanese girl band IZ*ONE was the first to sustain a hit.

Along with the cancellation, a series of IZ*ONE's TV appearance arrangements was also put on an indefinite hold, including the band's comeback show on the Mnet cable channel set for Monday as well as two reality TV shows.

The distributor of "Eyes on Me: the Movie," a movie documenting the band's first solo concerts, also indefinitely delayed the official release of the film, originally scheduled for Friday.

The whirlwind of cancellation puts a sudden brake on the high-profile career of IZ*ONE, which made a splash in South Korea and Japan in the brief one-year period following its debut through the show's third season a year earlier.

Its debut EP, "Color*Iz," scored a record number of first-week sales for a debut girl band, immediately launching the band to the forefront of the K-pop scene. The band consequently picked up a handful of rookie of the year awards from local year-end music award events.

IZ*ONE's Japanese debut single, "Suki to Iwasetai", released in February, was certified Platinum by the Recording Industry Association of Japan after selling more than 310,000 copies. 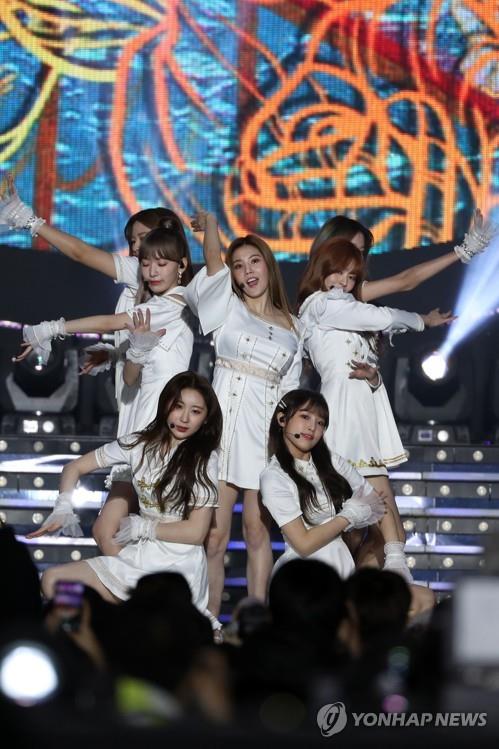 The unfolding scandal has signs of seeping into X1 as well, although the 11-member boy band remains adamant that it will follow through with its public engagements as scheduled.

The band debuted in August through the fourth season, defying the then nascent vote-rigging suspicions raised by fans over dubious numerical patterns in the final vote count.

The boy band's commercial success was even more prominent, with its debut album "Quantum Leap" selling more than 620,000 copies, making X1 the first-ever debut band to have sold more than 500,000 copies.

But the band is likely to face the inevitable day of reckoning next week when it is scheduled to come to the fore of the public consciousness with the release of its second EP, "'Hello' Chapter 2. Hello, Strange Place," scheduled for Nov. 19.

With some fans calling for the disbandment of the groups, management agencies of some of the bands' members were reported to have discussed whether to keep the bands afloat. According to a local report, CJ ENM, the operator of Mnet, will soon announce its decision on the matter. 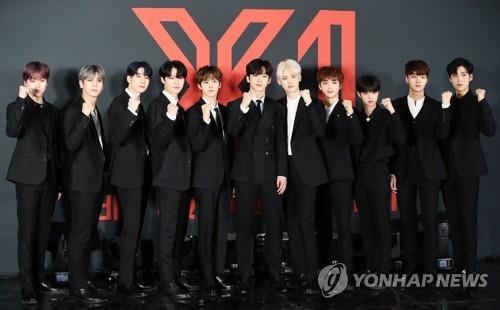 Pop critic Han Jae-keun said the fate of the two high-profile bands will largely depend on the result of the ongoing police investigation.

"It will be practically difficult for the bands to continue if serious wrongdoing is found in the investigation as it will dramatically worsen public opinion about them," he said, adding that their fates are in limbo.