BUSAN, Nov. 11 (Yonhap) -- A highly symbolic ceremony was held Monday at the U.N. Memorial Cemetery in South Korea's southern port city of Busan in honor of foreign soldiers who were killed while fighting for the country during the 1950-53 Korean War.

The "Turn Toward Busan" ceremony brought together around 1,000 foreign war veterans, families of fallen soldiers and diplomats from 22 countries that sent either combat forces or medical support to South Korea during the conflict.

A one-minute silence was observed at 11 a.m., with people from the world turning toward the U.N. Memorial Cemetery to commemorate Korean War fallen troops.

A 19-gun salute was fired to express condolence. 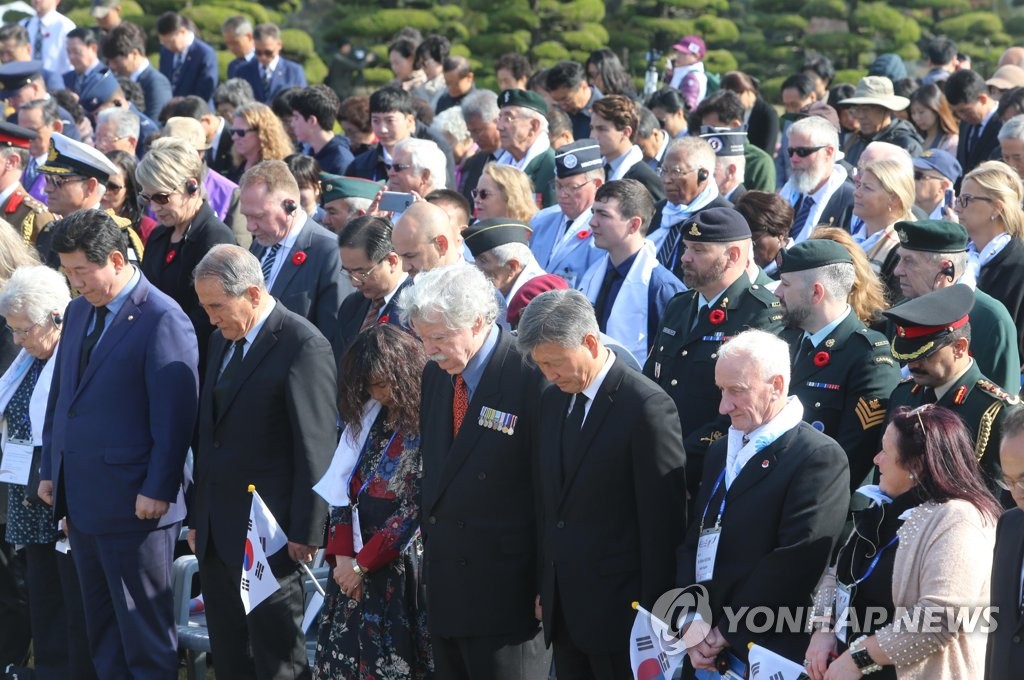 The ceremony was first proposed in 2007 by Canadian war veteran Vincent Courtenay, now 85. It is held on Nov. 11 every year.

Courtenay read out his commemorative message for the fallen troops, titled "How Silent You Rest," in which he said that the power stemming from their brave spirits still lives in the strong hearts of the Korean people.

Before the ceremony, South Korea's veterans affairs minister, Park Sam-Duck, visited the grave of James Patrick Daunt of Australia, who fought in the war at the age of 17. He was the youngest solider to fight alongside South Korean forces under the U.N. banner.

"I am paying my respects to those who sacrificed themselves for a distant country and its people," Park said.

"The Republic of Korea, which has been protected by blood and sweat by numerous people, has become an economically advanced nation from one of the world's poorest countries and a cultural powerhouse via (the popularity) of the Korean Wave," he added. 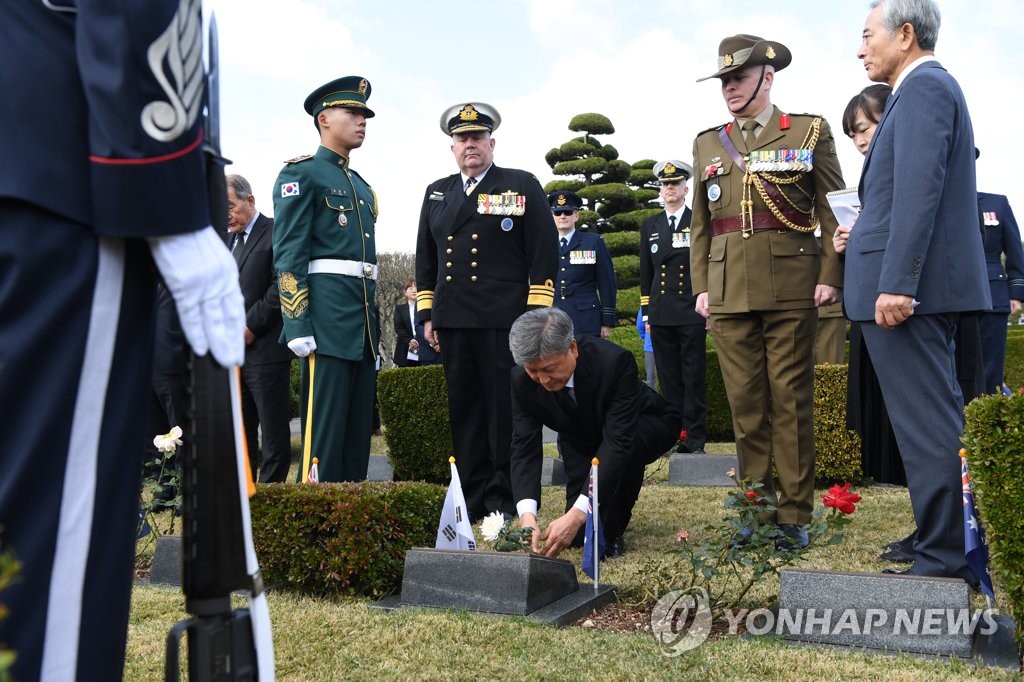