SEOUL, Nov. 11 (Yonhap) -- The Cannes-winning Korean film "Parasite" has garnered more than US$11 million in revenue in North America, becoming the most commercially successful foreign language title of this year so far, industry data showed Monday.

The film's revenue from the one-month period since its North American release on Oct. 11 till Sunday came to $11.28 million, according to the data by the U.S. box office and the American magazine Variety.

This marks the most revenue garnered by a foreign-language title in North America in 2019 and the most commercially successful Korean movie released there so far.

The previous top foreign-language title in North America this year was Spanish-language film "No Manches Frida 2," which amassed $9.27 million.

As the Korean movie gained popularity, the number of American theater screens allotted for the title increased to 603 over the weekend, from 461 a week earlier.

The solid performance in the region is bringing the film one step closer to its possibly winning the Oscar award for best international feature film.

The metaphor-heavy flick revolves around two economically polarized families, zeroing in on a violent encounter of the families through a dark comedy-thriller genre

It won the top prize, the Palme d'Or, at this year's Cannes Film Festival. 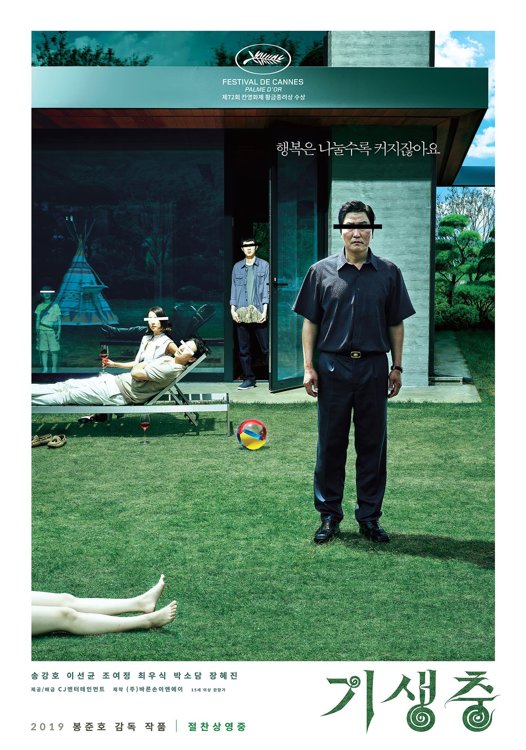