TOKYO, Nov. 11 (Yonhap) -- South Korea's home run drought at the Olympic baseball qualifying tournament ended on Monday in Japan, while a pair of club teammates continued to swing hot bats near the top of the order.

South Korea beat the United States 5-1 on Monday to start the Super Round at the World Baseball Softball Confederation (WBSC) Premier12 at Tokyo Dome, with three hitters doing all the damage at the plate.

Designated hitter Kim Jae-hwan ended the team's homerless streak at three games with a three-run bomb off the American starter Cody Ponce in the bottom first.

With men at the corners and two outs in the first, Kim Jae-hwan clobbered a 1-0 fastball from Ponce and the line drive shot reached the right field seats in a hurry.

It was South Korea's first long ball of the Premier12. The team scored 15 runs in three Group C games last week in Seoul without going deep once.

In his pre-game session with the media, South Korean manager Kim Kyung-moon said he felt his lineup was due to break out for the first dinger, and he didn't have to wait long to see one.

"I am glad to have helped the team win our first game in Japan," Kim Jae-hwan said. "I wanted to do whatever I could with two outs in the first inning. It was a hitter's count, and I wanted to be aggressive. I was lucky to hit that home run."

That home run came after Kim Ha-seong and Lee Jung-hoo, teammates on the Kiwoom Heroes in the Korea Baseball Organization (KBO), each had singles. 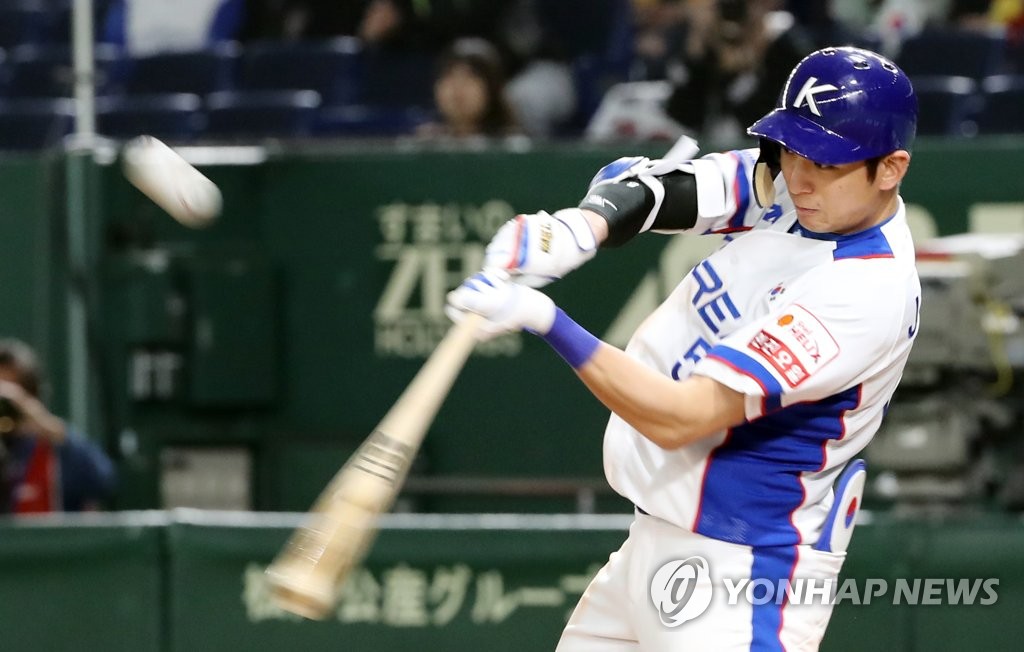 In the third, Kim hit a one-out single but was thrown out at the plate trying to score on Lee Jung-hoo's ringing double to right-center.

But Kim and Lee finally connected in the seventh for insurance runs while nursing a 3-1 lead.

Kim made it 4-1 South Korea with a double that scored Park Min-woo from first. Kim only managed a routine fly to center, but center fielder Drew Waters, who apparently lost the ball in the lights, went back a few steps before belatedly running forward to make a grab. The ball deflected off his glove and Kim was credited with a double.

Lee then dumped a double down the left field line to bring Kim home for a 5-1 lead, capping off a highly-productive day for the duo.

After the game, Kim Ha-seong maintained that U.S. catcher Erik Kratz never tagged him in that third inning play, but he'd already forgotten about the call.

"The game is over, and I can't reverse the result of that play now," he said. "I didn't feel too bad (after the original call stood)."

Kim benefited from some shoddy fielding by Waters in the seventh, and he said he'll take an RBI any way he can.

"Sure, it was a miscue by the center fielder, but we got a run out of it," Kim said. "That's good enough for me." 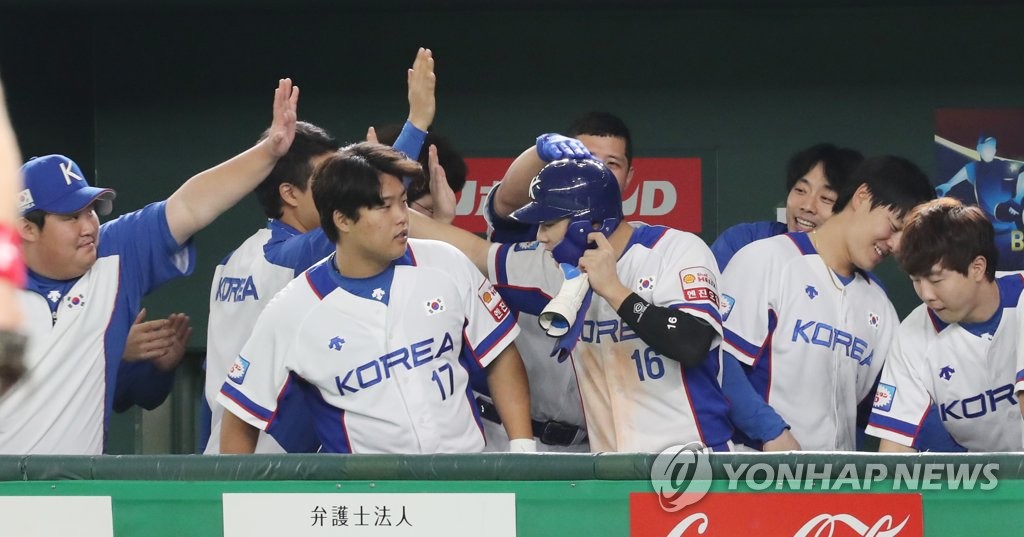