TOKYO, Nov. 11 (Yonhap) -- South Korea's 5-1 win over the United States in an Olympic baseball qualifying game on Monday could easily have gone the other way, considering the way it started for the winning side.

And the winning manager Kim Kyung-moon is only happy his team survived an early jam and produced some clutch hits. 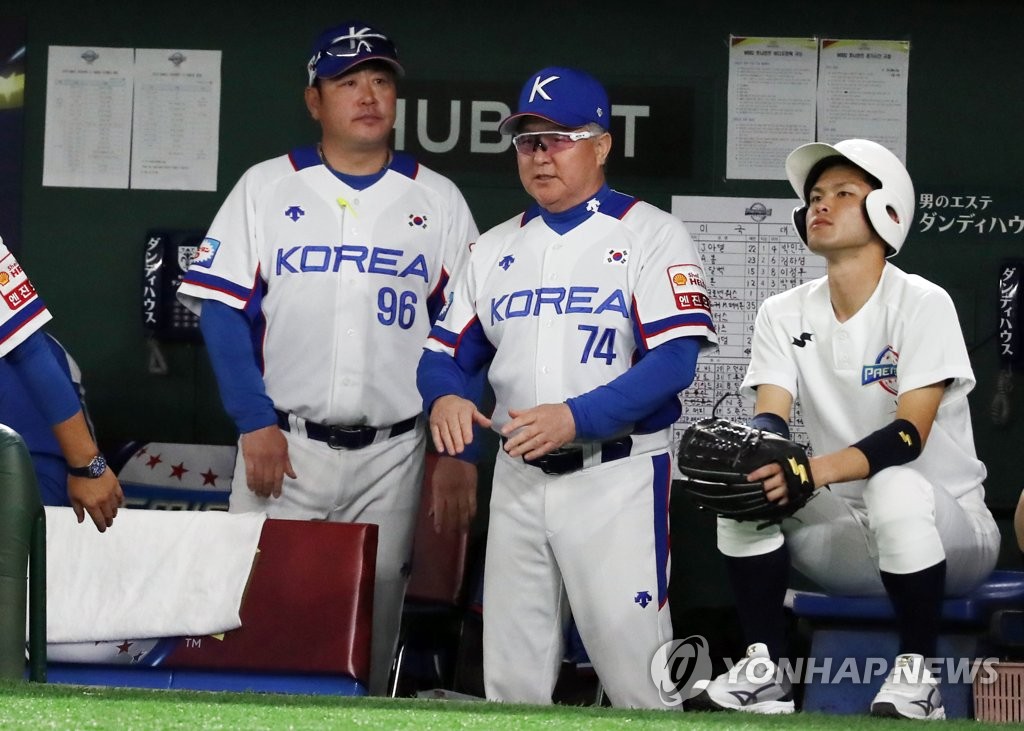 South Korean starter Yang Hyeon-jong faced a bases-loaded jam with one out in the top first in the opening Super Round game at the World Baseball Softball Confederation (WBSC) Premier12 at Tokyo Dome in Tokyo. But after giving up a double, a walk and a single, the left-hander struck out two consecutive batters to end that threat.

Then with two outs in the bottom of the first, South Korean designated hitter Kim Jae-hwan blasted a three-run homer for a 3-0 lead, an advantage that South Korea never relinquished.

"Yang Hyeon-jong was excellent getting out of that first inning jam, and I think the momentum swung in our favor after that," Kim Kyung-moon said. "And Kim Jae-hwan hit that two-out home run. As a manager, it was a fairly stress-free game."

The normally stoic Kim was seen bumping fists with his hitting coach Kim Jae-hyun after the home run.

"Home runs are always great, but they mean that much more when they come with two outs," the manager said. "So I was pretty excited to see that."

While all five South Korean runs came with two outs, the U.S. ended up with just one run despite outhitting South Korea 13-9. Losing manager Scott Brosius lamented stranding 16 runners in the loss.

"The story of the game was the ability to get big hits. We had opportunities and we weren't able to take advantage. Korea was, with the big home run in the first with two outs, and later in the game with two-out hits," Brosius said. "We had runners in scoring position and (Yang) did a very good job of making some big pitches in big situations. He did a very good job of fighting through some innings tonight." 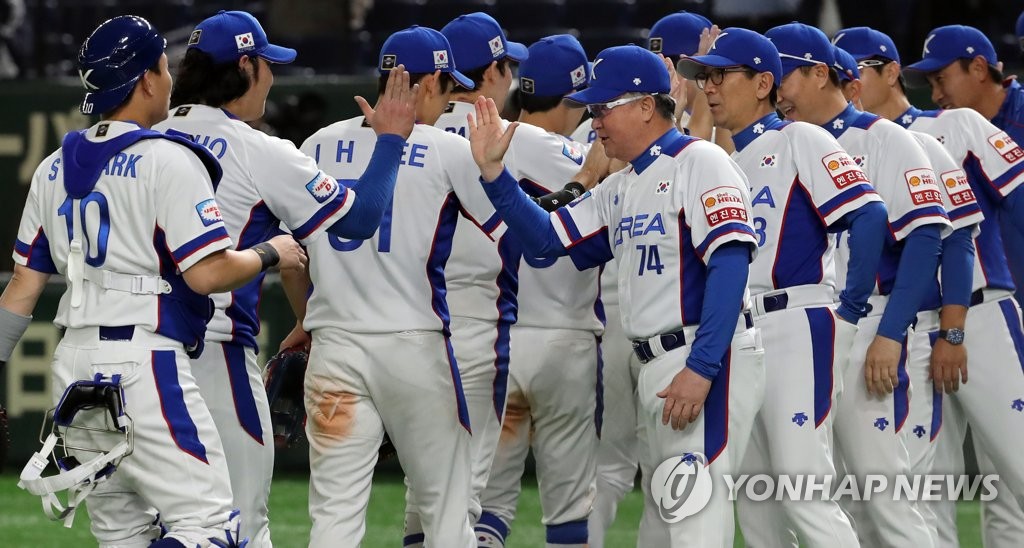