TOKYO, Nov. 12 (Yonhap) -- They're young. They're fearless. And they can play baseball like few other countrymen around their age.

For the South Korean national baseball team, the 21-year-old outfielder Lee Jung-hoo and the 22-year-old pitcher Lee Young-ha represent both the present and the future of the program.

Both have been playing pivotal roles in helping South Korea win its first four games at the World Baseball Softball Confederation (WBSC) Premier12, a tournament also serving as an Olympic qualifying tournament. At this rate, South Korea should be able to secure a spot in the 2020 Tokyo Olympics, with the two Lees -- unrelated -- expected to once again take center stage. 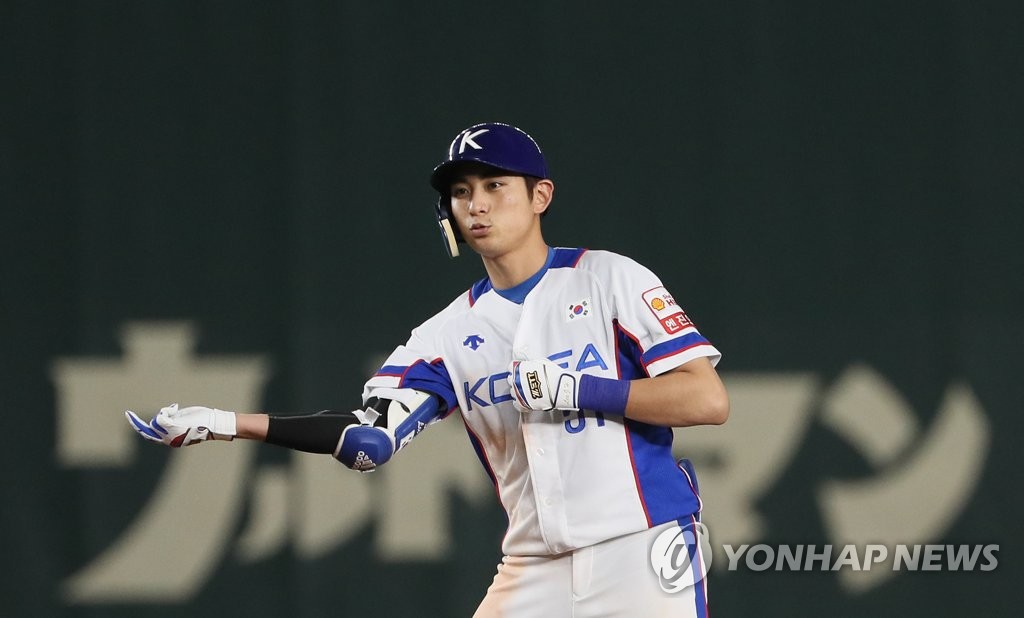 And the early portion of the Premier12 so far has been an outstanding dress rehearsal for both, with the latest highlights coming in Monday's 5-1 victory over the United States at Tokyo Dome.

Lee Jung-hoo's triple slash line after four games will read like a misprint: .538/.647/.923. While batting in the No. 3 spot in all four South Korean games, Lee has gone 7-for-13 with a tournament-best five doubles, while gradually moving out of the "small sample size" territory. He was 3-for-4 with two doubles, one RBI and one run scored against the Americans.

Lee, who clearly hasn't seen a pitch he doesn't like, seems to barrel the ball every time. Those gaudy numbers are even more impressive when you consider Lee has been facing pitchers that he'd never seen before.

Lee will forever be linked to his very famous father, KBO legend Lee Jong-beom. The senior Lee was one of the most complete players of his generation in the mid-1990s, but the junior has been doing everything he can to make people forget about his old man. 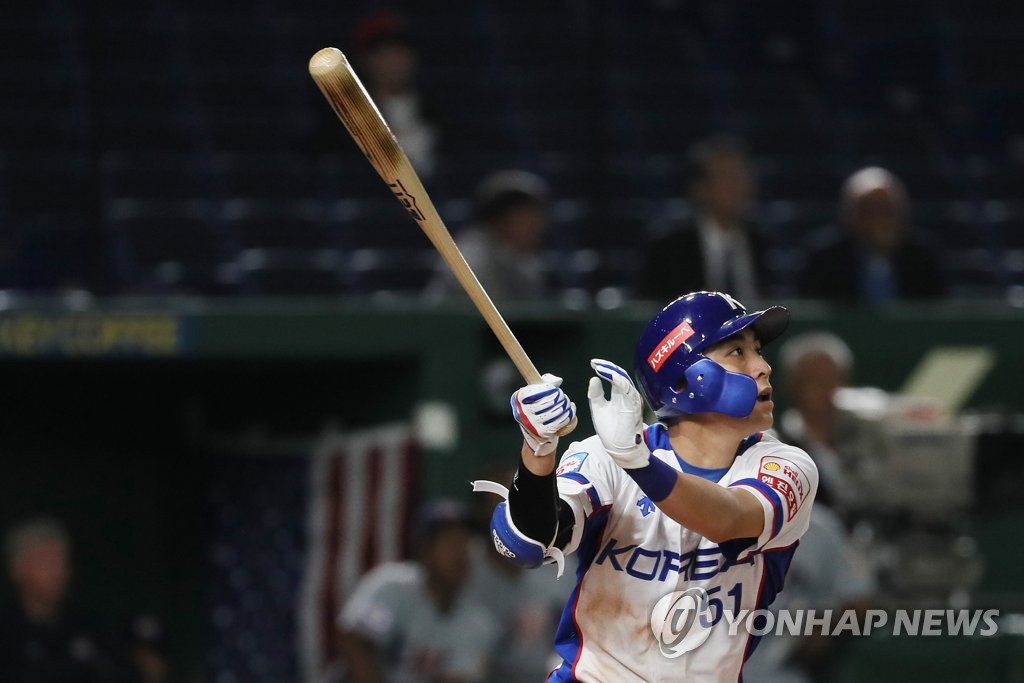 On the mound, right-hander Lee Young-ha has done an excellent job in a far-less glamorous role as a setup man. Lee won a career-high 17 games for the Doosan Bears in his first full KBO season as a starter, but with the national team, Lee has become a useful reliever, able to step up in virtually any situation and to eat up multiple innings if need be.

He has pitched in three of South Korea's four games and has thrown 3 2/3 scoreless innings. He's struck out four, walked one and given up one hit.

He's faced 13 batters and only two balls have left the infield against Lee -- one single and one flyout.

Lee, who relies on a heavy fastball and a sharp slider, proved his mettle in a high-leverage situation against the United States on Monday.

Starter Yang Hyeon-jong had been dodging bullets left and right all game, before serving up a solo shot to Brent Rooker in the top of the sixth. That cut the South Korean deficit to 3-1. 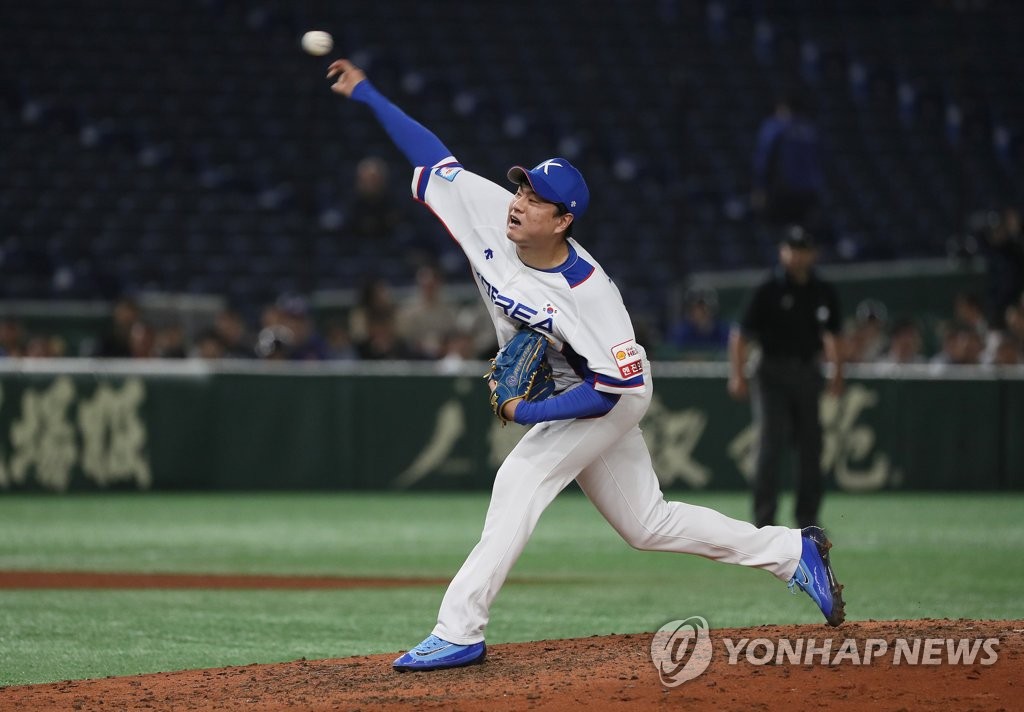 Yang appeared to settle down by striking out the next two batters, only to allow a single and a double to the next two hitters.

The U.S. suddenly had tying runs aboard for Alec Bohm, who'd doubled off Yang in the top of the first.

In came Lee, who got Bohm to go down swinging and preserved the two-run lead.

Lee remained in the game to open the seventh. He walked Andrew Vaughn with one out, but retired the next two batters as the U.S. attempt to mount a rally went nowhere.

Lee said he embraces the challenge of being put in a tough spot.

"I always want to help protect the lead in difficult situations," he said. "My objective is to pitch consistently well no matter when I pitch. Even though I don't start games on the national team, I think I still have an important role here." 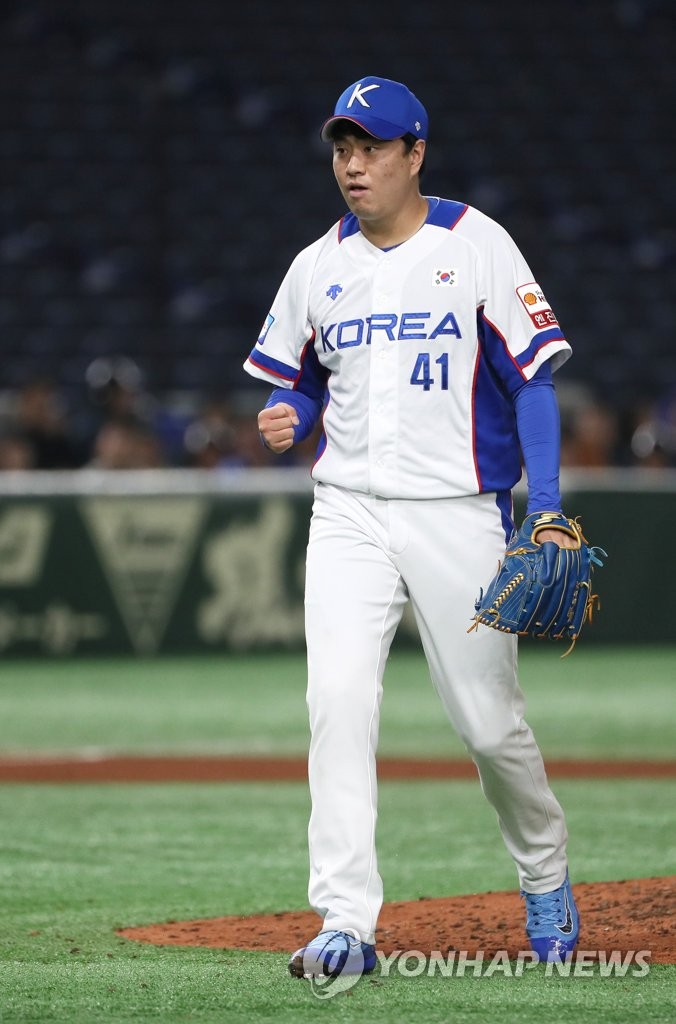