WASHINGTON, Nov. 11 (Yonhap) -- U.S. Joint Chiefs of Staff Chairman Gen. Mark Milley has said the American public poses questions about why the United States should station troops in South Korea and Japan and why the Asian allies can't pay for their own defense, according to a Pentagon account of his recent conversation with reporters.

Milley made the remark Sunday as he departed for the Indo-Pacific region, his first overseas trip since taking office in September.

He was emphasizing the importance of the U.S. alliances with South Korea and Japan, countries he will visit in the coming week. 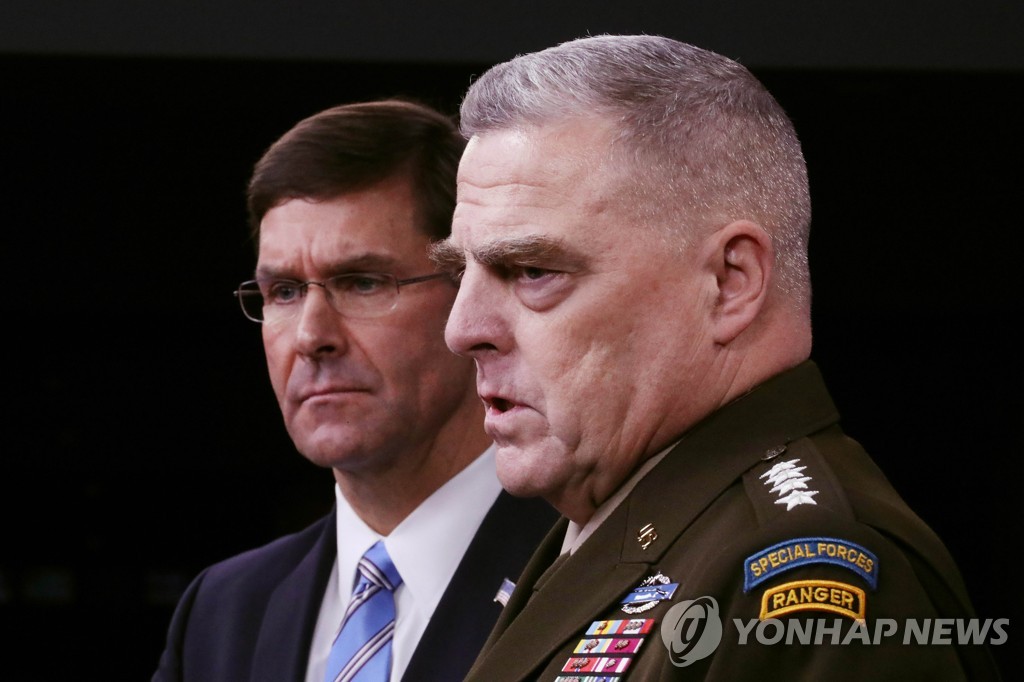 "He said the average American looking at the forward deployed U.S. troops in South Korea and Japan ask some fundamental questions: Why are they needed there? How much does it cost? These are very rich and wealthy countries, why can't they defend themselves?" the general was quoted as telling reporters traveling with him, according to the post on the Pentagon's website.

"These are main street USA questions," Milley added. "It is incumbent on us ... to make sure we adequately explain how the U.S. military is a stabilizing force in Northeast Asia in preventing and deterring the outbreak of armed conflict."

Milley's remarks come as Washington has raised pressure on Seoul to increase its contributions to the upkeep of 28,500 American troops stationed in the country.

Negotiations are under way to renew a cost-sharing deal, called the Special Measures Agreement, for next year, with reports suggesting the U.S. seeks US$5 billion from Seoul, a more than five-fold increase from this year.

The topic will likely be discussed in this week's meetings between South Korean and U.S. defense officials in Seoul.

The chairman made clear that the U.S. continues to hope South Korea will renew its military intelligence-sharing pact with Japan in consideration of the three countries' mutual security interests.

The General Security of Military Information Agreement is set to expire on Nov. 23 after Seoul announced its withdrawal in light of an ongoing trade and historical dispute with Tokyo.

"The United States, South Korea and Japan are stronger when we are together and shoulder to shoulder," Milley was quoted as saying.

"It is clearly in China's interests and North Korea's interests to separate South Korea from Japan and the United States. It is in our interests to keep all three of us very closely aligned," he added.